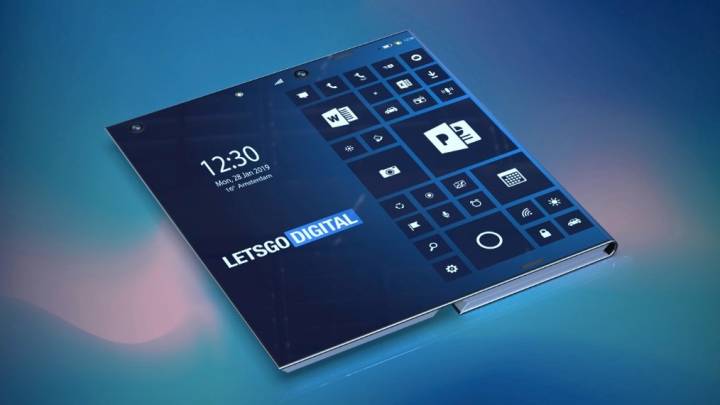 You may expect Intel to invent and produce various internal components to power the foldable smartphones and laptops of the near future, but the chipmaker isn’t known for launching its own hardware. That didn’t stop the company from coming up with a foldable smartphone of its own, which honestly doesn’t look too bad.

Samsung will soon unveil its Galaxy F foldable phone, which could hit stores as early as April, according to some reports. Huawei will also announce its 5G foldable smartphone, and it could also launch on the same month. And Xiaomi already demoed a foldable smartphone concept of its own that looks pretty fascinating..

And now you can see Intel’s concept in the images LetsGoDigital found in an Intel patent for a foldable device:

The blog’s renders look even better, imagining a Windows 10-powered device able to operate in various modes, including smartphone, laptop, and tablet:

There’s no telling if any company that Intel works with will create such a device, and Intel may just show off such designs to partners to sell the chips that would sit behind the display. Nonetheless, the technology will soon allow device makers to create such devices, complete with flexible wraparound screens and stylus support.

Microsoft has already confirmed that it’s looking at new form factors for Windows devices, and we’ve seen plenty of evidence in recent months that the company wants to adapt Windows 10 to work on foldable devices. Even if Microsoft doesn’t end up launching a foldable Surface Phone of its own, other device makers out there are toying with foldable smartphones and laptops, so it’s only a matter of time until designs like the ones above hit stores.