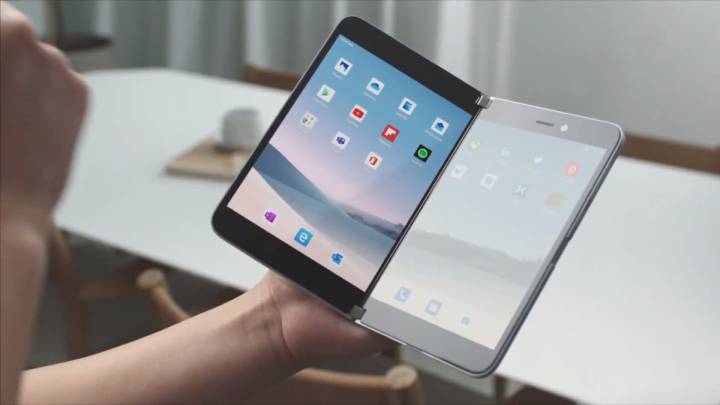 A few weeks ago, Microsoft dropped the price of its first dual-screen Android smartphone to half of what it cost when it arrived last summer. The Surface Duo can be yours for just $699, which is a price you might expect to pay for a mid-range Android smartphone. It’s actually a little more expensive than a decent mid-range handset, although it does have a feature most Androids lack, which is its dual-screen design.

Some might say the new price is a bargain compared to the original $1,399 asking price, which was a tough pill to swallow last year. Not only did the Surface Duo launch in the middle of the pandemic, but it also came with a 2019 flagship processor on board. Most reviewers lauded the design, but the overall sentiment was that the Surface Duo wasn’t the best Microsoft could offer. It doesn’t help that Microsoft doesn’t control the underlying operating system.

But more than a year since the phone was unveiled, there’s finally a good reason to buy a Surface Duo: Microsoft suddenly turned it into a portable Xbox.

The Surface Duo isn’t going to rival the Nintendo Switch or 3DS, but its dual-screen design is perfect for the job. Microsoft has updated the Xbox Cloud Gaming (xCloud) app for Android with dual-screen support for the Surface Duo handset, The Verge explains.

The update turns one of the Duo’s screens into a virtual gamepad, while the other display is used for showing the game. That’s the kind of innovation the Duo could have benefited from at launch, but Xbox Cloud Gaming wasn’t quite ready at the time.

Microsoft tweaked other aspects of the gaming experience as well — not just the gameplay. It’s now easier to view content on the Surface Duo and navigate through menus, as seen in the preview below.

Microsoft is turning its Surface Duo into a handheld Xbox today. The latest app update for Xbox Cloud Gaming (xCloud) let’s you use one screen for touch controls and the other for the game. It’s like a Nintendo 3DS with Xbox games. Details here: https://t.co/ubbsEAW3r8 pic.twitter.com/aP94t9xgzC

The Surface Duo might feature old Android hardware for today’s mobile needs, but Microsoft promised three years of software updates, so it will run Android 12 later this year. The xCloud support is just a bonus. The same feature is available on any other Android handset capable of running xCloud. However, traditional Android handsets do not have a spare display that can act as a controller.

On the other hand, paying $699 for a dual-screen device that can access Microsoft’s cloud game streaming product might not be a great deal, especially if you prefer playing games at home. It would be cheaper to buy a dedicated console, like the brand new Xbox Series X or S, rather than a nearly two-year-old phone that has hardly been a resounding success.