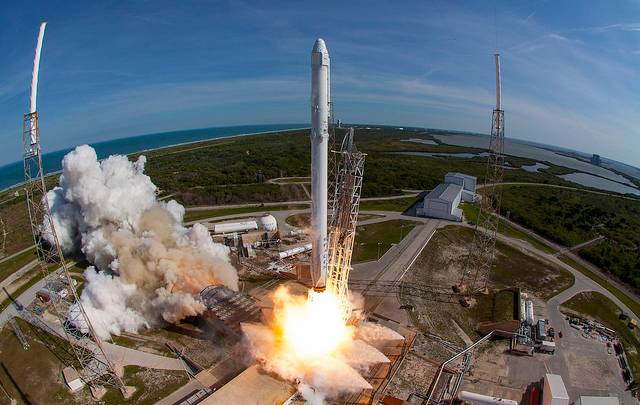 SpaceX is ramping up the number of launches of its Falcon 9 rocket, which is good for the company, and great for fans of large explosions.

Tonight, Elon Musk’s rocket company is shooting a commercial communications satellite to geostationary orbit. The first stage will once again try and land on a barge in the ocean, but the trajectory of the launch means that the landing will be “challenging.”

Tonight’s payload is THAICOM 8, a commercial comms satellite that needs to get to a high orbit above Southeast Asia. Getting a satellite that high means going faster and higher, which creates problems for the landing. The Falcon 9 first stage uses whatever leftover fuel it has to decelerate and land, so the higher and faster the rocket has to go for launch, the less fuel it has to slow down before hitting the barge.

With those caveats in mind, SpaceX is describing this landing as “challenging.” But it said the same thing about the last landing it attempted, and that went more or less perfectly to plan.

The launch window opens at 5.40 pm E.T, with a backup launch window tomorrow if needed. SpaceX will be streaming the entire thing, landing included, on the YouTube channel below.