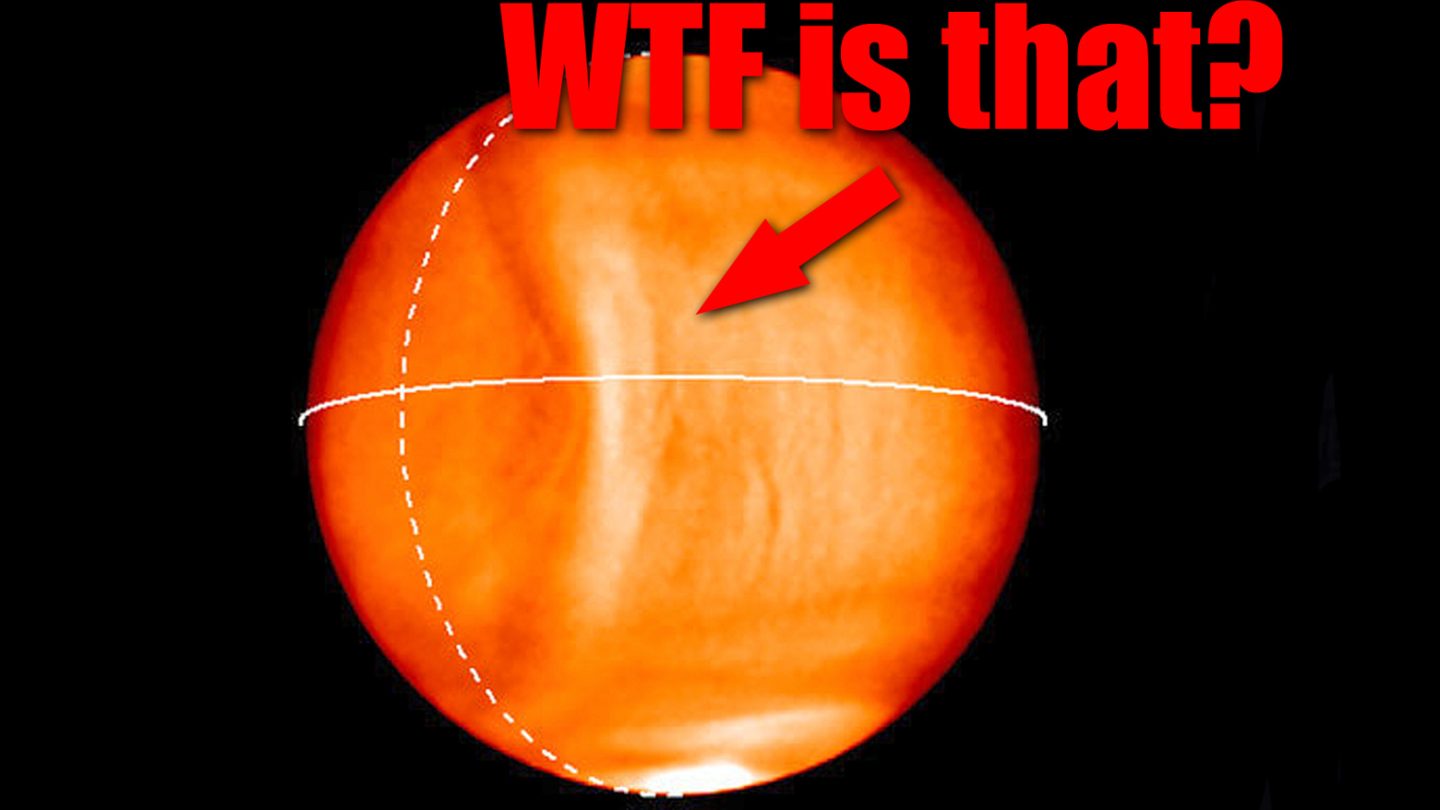 Mars may be the focus of many current space exploration efforts, but scientists studying Venus have just discovered something very strange: a massive structure that seems to extend almost the entire length of planet. The long, curved shape is rotating along with the planet, suggesting that it’s fixed to the planet, while the planet’s extremely thick clouds are speeding around it at over 200 miles per hour.

The discovery was made by Japanese scientists using the country’s Akatsuki orbiter which arrived at the planet in 2015. The team used the craft’s infrared and ultraviolet imaging capabilities to capture a glimpse of the phenomenon, though at the moment nobody’s really sure exactly what is causing it.

One theory the researchers have come up with is that a gravity wave is causing a disturbance, leading to the massive ripple in the planet’s cloud layer. A gravity wave can occur when a planetary feature causes the air rotating around the sphere to be pushed upwards, resulting in a wave-like effect. Using a computer to simulate the possible affect of a gravity wave, the team was able to create a similar shape, though this hypothesis hasn’t been proven one way or the other.

Gravity waves have indeed been detected on Venus in years prior, but never one approaching this size. Whatever is actually causing the shape, it’s definitely a new wrinkle in humanity’s understanding of one of our nearest planetary neighbors, and a welcome reminder than Mars isn’t the only planet in our backyard worth studying further.