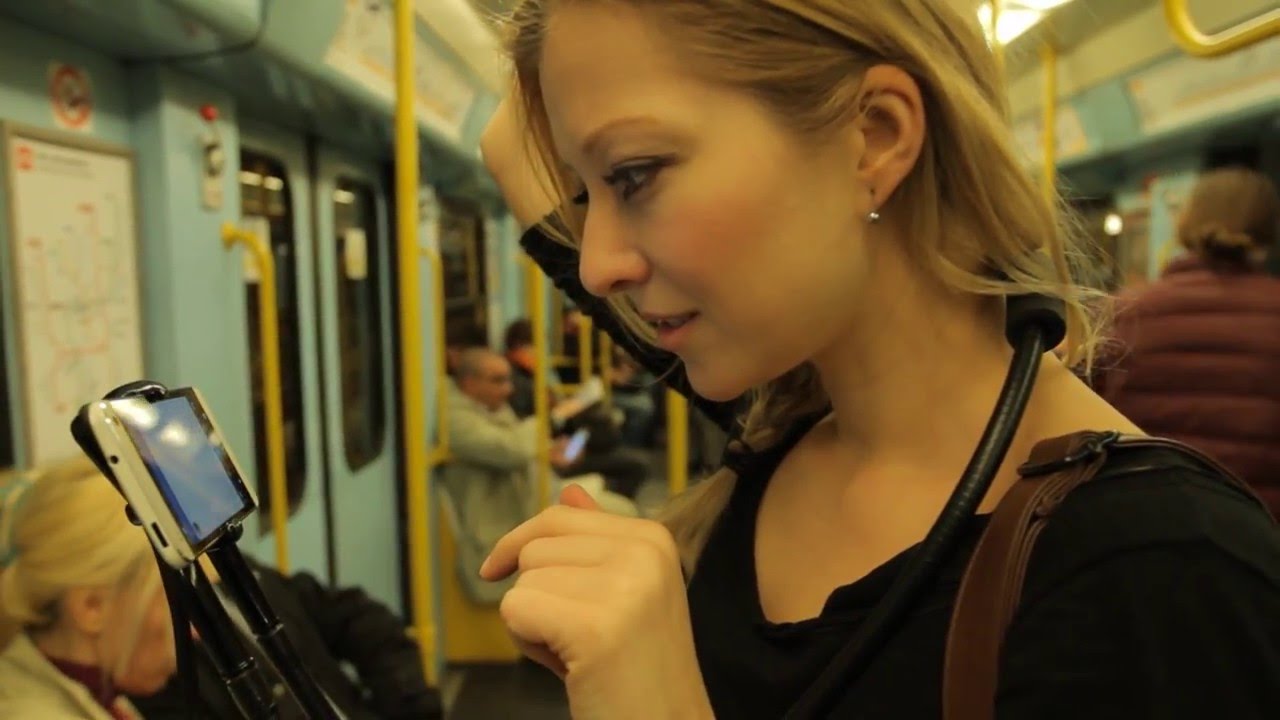 In a world of Bluetooth-connected fart trackers and hipster-friendly tinfoil hats, I am aware that describing a Kickstarter as “the worst” is a bold claim. But hear me out: from idea to execution to the innumerable GIFs littering the crowdfunding campaign, this particular wearable smartphone accessory ticks all of the boxes.

At heart, the SOSPENDO combines two of the very worst things: selfie sticks and wearable smartphone holders. The SOSPENDO is, according to the press release, an “innovative, ergonomic hands-free device that will hold smartphones, tablets and GoPro cameras.”

Put another way, it’s a flexible tube with a phone clamp on the end. Sounds harmless! But just wait until you see what the founders want you to do with it:

Be the most annoying commuter on the subway, hands-free!

Fall off the treadmill while wearing SOSPENDO, and you’ll get punched in the face FOR FREE!

Effortlessly ignore your offspring AND your surroundings, all with one easy-to-use device

Be the irritating prick who GoPros their entire holiday, while keeping your hands free to Snapchat

Never engage with the outside world again!

It’s worth mentioning that this is far from the first tablet-supporting wearable stand. Those have been around since the first iPad (and probably before), and will continue to exist for as long as lazy people buy tablets.

But it’s not the device that I take issue with — it’s the lifestyle that SOSPENDO is supporting; the idea that the only thing standing between us, and being focused 24/7 on our tablets is the inconvenience of having to do things with your hands. People go on holiday to unwind and relax, not POV-video every waking second, and parents should consider paying attention to their toddlers, not positioning an iPad to block them out of view.

Not to mention that if someone turned around on the subway and hit me in the face with their handsfree smartphone holder, someone is going to die.