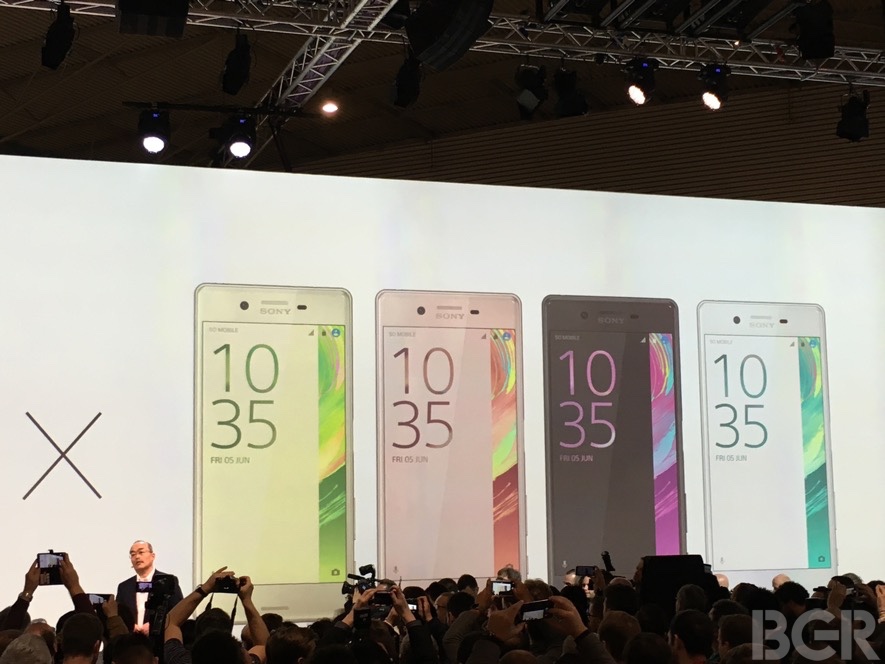 LG and Samsung’s acts on Sunday are definitely hard to follow, but that didn’t stop Sony from kicking off the Mobile World Congress 2016 with a press event hosted right at its booth. A couple of recent leaks hinted that Sony will unveil a new smartphone during the event, and, at least, one interesting accessory (a pair of wireless headsets), and the company delivered. There’s no new Xperia Z flagship to take on the newly unveiled Galaxy S7 and LG G5. But Sony took the wraps off of a new Xperia handsets that further blurs the lines between high-end flagships and mid-range Android handsets.

Dubbed the Xperia X, the new series includes three models, which are ready to compete against the hot LG and Samsung new handsets, but also against HTC’s and Lenovo’s more affordable novelties.

DON’T MISS: Everything you need to know about Samsung’s Galaxy S7 and S7 edge

The Xperia X series includes the Xperia X Performance, the Xperia X and the Xperia. The devices are essentially similar, though you will notice discernable differences in terms of design – just check the side button placement in the image below – as well as build quality and hardware.

Running Android 6.0 Marshmallow right out of the box, the new Sony smartphones will deliver performance, especially at the higher end.

The three devices all have 5-inch displays with Full HD and HD (Xperia XA) resolutions, and three different processors, including the Snapdragon 820, Snapdragon 650 and MediaTek MT6755 processors. The Xperia X Performance (images below) and Xperia X get 3GB of RAM, at least 32GB of storage with microSD support, 23-megapixel main camera with Predictive Hybrid AF, 13-megapixel front-facing camera, and around 2,700 mAh battery.

The phones do have some decidedly interesting and almost unique features, including an edge-to-edge display that’s curved towards the edges, as well as a predictive auto-focus mechanism that keeps the subject in focus by predicting movement.

The phones will launch in four colors including white, black, gold and rose gold this summer, though Sony did not mention actual release dates or prices during the event. Expect the Xperia X Performance to carry a high-end price, considering it’s going to be about as fast as the LG G5 and Galaxy S7.

Check out the following videos for more details on Sony’s new smartphones.