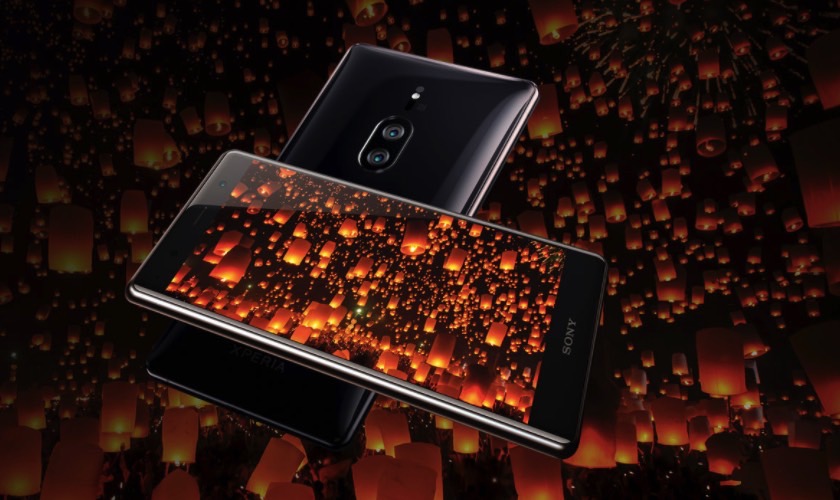 Sony unveiled two Xperia XZ2 phones back at MWC in late February that weren’t anything like what we would have expected from the company. The XZ2 and its compact sibling do not feature iPhone X-like designs, and they do not have dual cameras on the back. But it turns out Sony had a third XZ2 device in the works, the Xperia XZ2 Premium that was just unveiled on Monday. It’s a phone that sports a 4K display and low-light photography capabilities that remind us of Sony’s awesome new technology demos from MWC.

The Xperia XZ2 Premium is similar to the regular XZ2 model, but it features several key improvements. The screen is slightly bigger at 5.8 inches, and the resolution has been pumped up to 4K from Full HD. The Premium model also comes with more RAM, 6GB compared to the XZ2’s 4GB. There’s a bigger battery inside the Premium as well. At 3,540 mAh, we’re looking at a size difference of nearly 400 mAh.

The rear camera setup is one of the main features of the XZ2 Premium. We’re looking at a 19-megapixel color sensor and a 12-megapixel monochrome one. On top of that, the Motion Eye camera can take photos in extreme low-light conditions, thanks to its ISO 51200 sensitivity — that’s 12800 for videos.

If that sounds familiar, that’s because Sony demoed the technology at the Mobile World Congress, without revealing when the prototype camera would actually equip a commercial phone — check out that eyes-on experience from MWC. It turns out Sony didn’t have to wait a whole year for this one.

Finally, the selfie camera was also upgraded, and it now packs a 19-megapixel sensor.

Pricing and actual release dates aren’t available, but, given all these upgrades, we expect the Xperia XZ2 Premium to be more expensive than the regular XZ2.