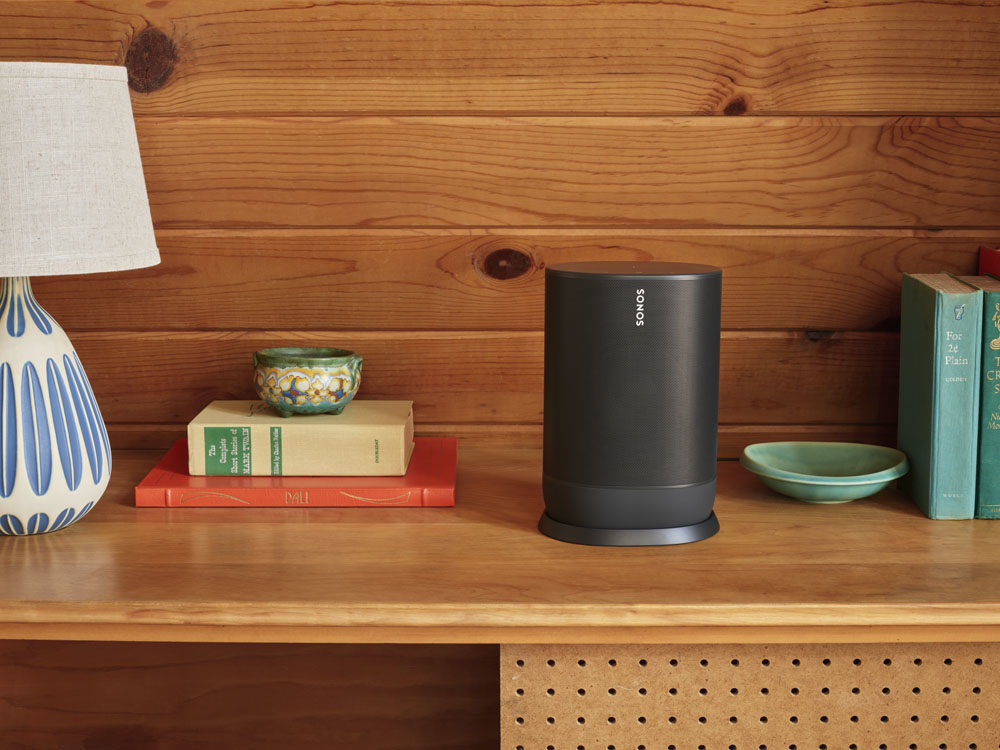 The New $399 Move speaker Sonos introduced on Thursday represents a first in at least one major way for the company. It’s battery-powered, promises up to 10 hours of playback, and it’s available for pre-order starting today, ahead of general availability later this month on Sept. 24.

More important, the Move represents Sonos’ first foray into retailing a portable speaker, with a handle designed into the shell that makes it easy to take with you out of the home. According to Sonos CEO Patrick Spence, the Move launches the start of a new era for the company, one that allows the user to take “freedom of choice to the next level.”

It’s a little less than a foot tall and weighs a little more than six pounds. Befitting the intention for consumers to use this on the go, there’s a USB-C port to allow for easy charging. The Move is also Sonos’ first product with Bluetooth audio streaming, so it’s pretty simple to use it to play audio directly from your phone or tablet when you’re on the go.

In terms of the design, the appearance is of a sleek shadow-black oval, and Sonos built the Move to be able to withstand minor falls, bumps, rain, dust, and dirt, as well as other basic environmental factors. Additionally, the company built on its Trueplay tuning technology, so that the Move features automatic Trueplay — a neat feature which involves the speaker tuning itself to balance the sound it’s producing for the environment it’s in.

To complement the up to 10 hours of continuous play time Sonos is promising on a single charge of the Move — which we should add also supports Google Assistant and Amazon Alexa — the speaker also features a “suspend” mode, which is enabled automatically when it’s not in use and reserves the battery for up to five days.

In addition to the Move, meanwhile, Sonos also announced a couple of other new product releases Thursday that are worth mentioning:

The Sonos One SL

The One SL delivers, according to Sonos, “rich, room-filling sound” and lacks built-in microphones. There’s also no support for voice assistants. The speaker allows you to listen to more than 100 streaming services controlled with the Sonos app, it replaces the Play:1 and will be available starting Sept. 12 for $179.

The Port, meanwhile, is a small black box meant for connecting your stereo and AV equipment, and it’s the successor to the original Sonos Connect. Users will be able to stream music, podcasts, audiobooks, and internet radio on amplified audio equipment, and with a line-in option, that stream ability extends to vinyl, CDs and other stored audio files. The Port will be available on a limited basis starting Sept. 12 and globally in January 2020 for $399.