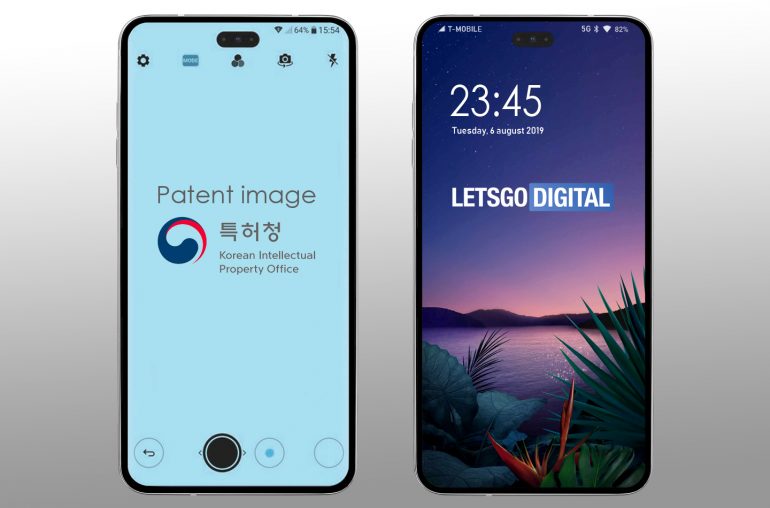 LG, whose handset business has been struggling for a while now, notably hopped on board the trend of including the much-maligned front notch for the first time with last year’s G7 ThinQ. The South Korea-based manufacturer has since expanded that design touch to additional phones in its lineup, but now comes a firm indication that the company appears ready to dump the notch in favor of a hole-punch camera setup with its next major release.

That’s according to a newly spotted patent application (h/t LetsGoDigital) that was filed in March and granted in April by the Korean Intellectual Property Office.

The design LG has been approved for resembles the Galaxy Note 10 that Samsung is unveiling on August 7 at its next big Unpacked event — with the Note 10 likewise including a hole-punch camera. In LG’s patent application, from which a color render was prepared that you can see above, the intended design includes a full-screen front display with a hole at the top in the middle of the screen that includes both the selfie camera and a pair of sensors.

It’s not clear what kind of sensors LG would want to include here, but the G8 ThinQ that LG released earlier this year could offer some clues. It included an 8MP front-facing camera, plus a Time-of-Flight sensor as well as an infrared sensor, with that setup making facial recognition possible.

The other thing that’s not clear from the patent documentation is when LG would likely launch such a device, though that’s not to say we aren’t completely in the dark about the next release the company is planning. Separate from the patent news, a 20-second clip LG just posted to YouTube shows what looks to be a dual-screen flagship the company will apparently unveil at the IFA trade show next month in Berlin.

The rumor mill has hinted that this could be a 5G-enabled V60 ThinQ, but we shall see. Meanwhile, check out the company’s YouTube tease: