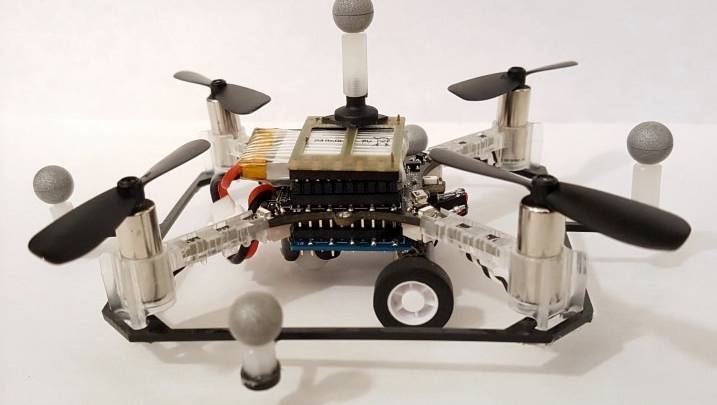 Drones can’t stay up in the air for too long because they’re limited by battery life. Self-driving cars, on the other hand, are limited by speed and obstacles, such as traffic. But what if you could combine the strengths of one with the other? What if the self-driving cars of the future could also fly? Or, to put it differently, what if the human-carrying drones of the future could actually transform into regular cars?

MIT’s Computer Science and Artificial Intelligence Laboratory (CSAIL) may have a solution.

Researchers from CSAIL in partnership with ETH Zurich developed a system that would allow a swarm of robotic drones to both fly and drive on predetermined, collision-free paths.

The system is designed for robotic drones rather than the self-driving cars or flying vehicles of the future. However, the technology could be applied to those vehicles when the time comes.

What these robot drones can do, using the CSAIL-developed system, is to switch back and forth between driving and flying modes to reach their destination faster and improve their autonomy.

“As we begin to develop planning and control algorithms for flying cars, we are encouraged by the possibility of creating robots with these capabilities at small scale,” CSAIL Director Daniela Rus said. “While there are obviously still big challenges to scaling up to vehicles that could actually transport humans, we are inspired by the potential of a future in which flying cars could offer us fast, traffic-free transportation.”

It may be years until we see robotic cars taking off with their passengers from a parking lot. But this is what it could look like: