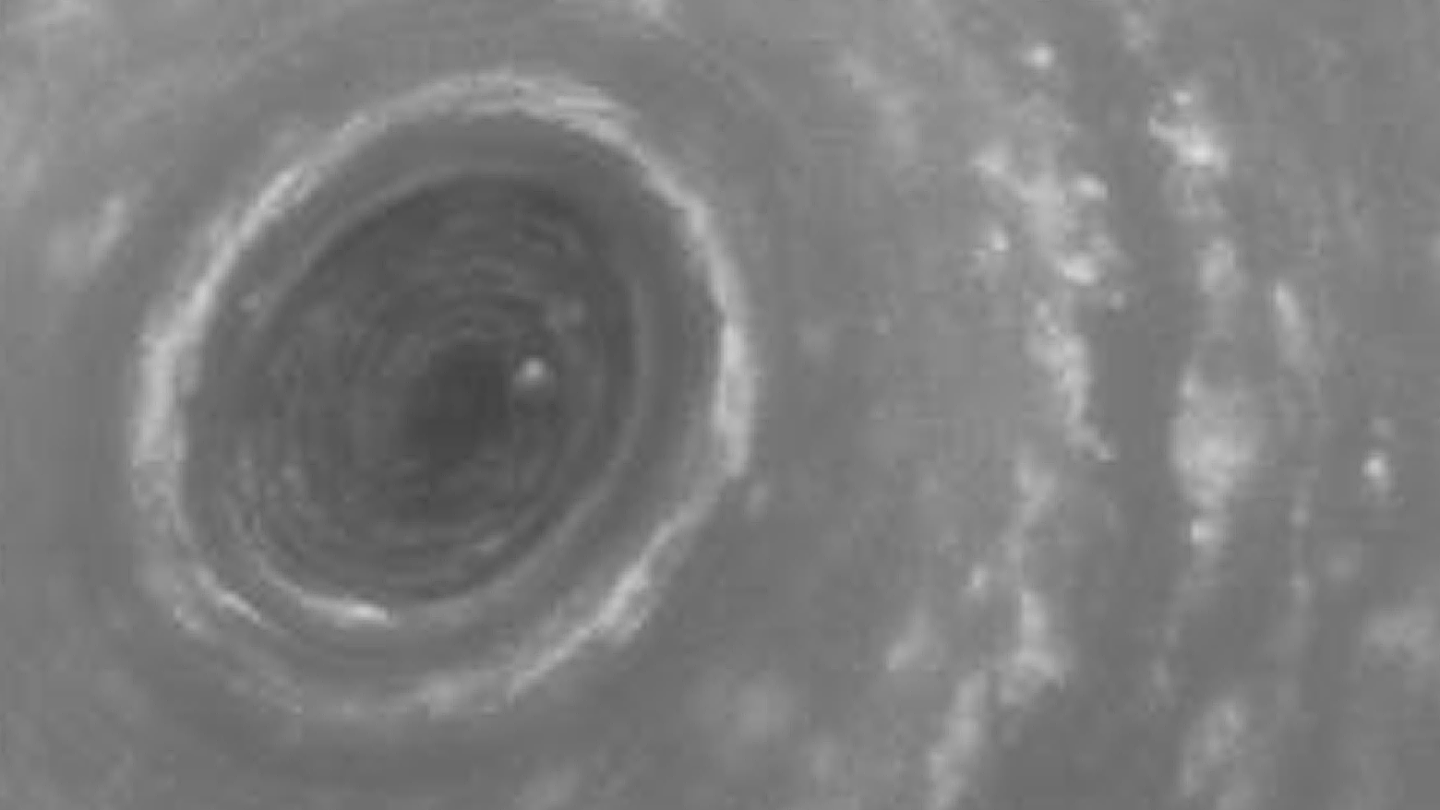 NASA’s Cassini-Huygens orbiter has been on mission for nearly two decades and it’s still delivering glimpses of Saturn that leave us in awe. The spacecraft, which is approaching its final phase, just sent back some glorious photos of Saturn’s northern pole, and it’s some of the most impressive space photography yet.

The photos show the massive swirling storm at Saturn’s north pole, which has formed a hexagonal shape, though scientists don’t know precisely why. NASA notes that each side of the hexagon is roughly as wide as the entirety of Earth, just to give you an idea of the scale.

The photos were taken at a distance of 400,000 miles from the surface of the planet, and originally have a resolution of just 256 by 256 pixels — space camera technology just wasn’t all that great back in 1997. Resolution aside, Cassini’s camera is capable capturing its photos through several different filters, each of which is particularly sensitive to certain wavelengths. The resulting photos show the layers of cloud cover that make up the gas giant’s exterior.

Cassini captured the photos just before diving through Saturn’s outer ring, which it will do over a dozen more times as the final act in its decades-long mission. These “Ring-Grazing Orbits” will number 20 in total, and will hopefully produce many more images of the planet and its rings that NASA has never had a chance to glimpse.

“This is it, the beginning of the end of our historic exploration of Saturn,” Cassini imaging team lead Carolyn Porco said in a release. “Let these images — and those to come — remind you that we’ve lived a bold and daring adventure around the solar system’s most magnificent planet.”