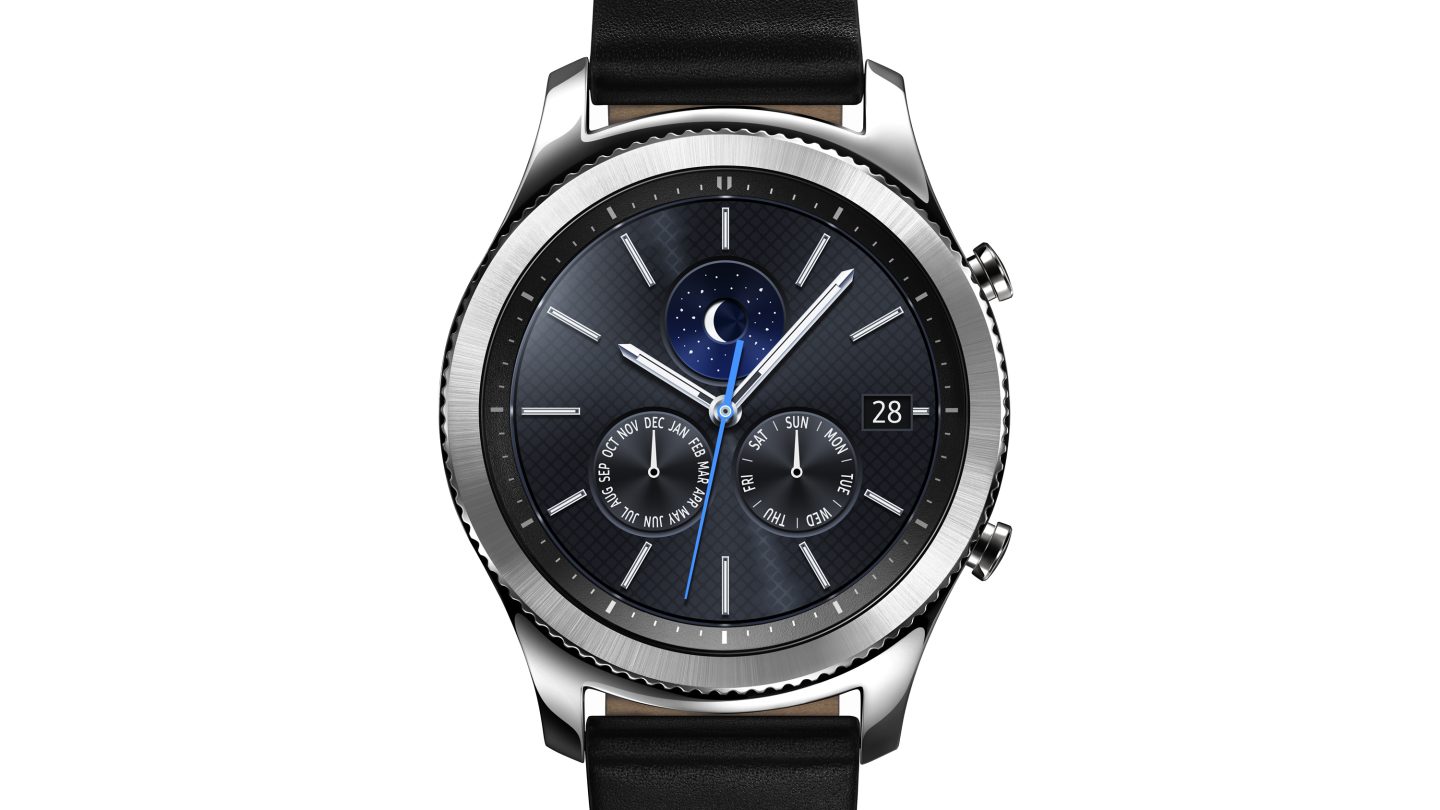 Samsung is back on the legal hot seat, returning to court to answer charges that it’s allegedly copied ideas from one of its competitors.

The rival that’s leveled the charges against Samsung this time, though, is not Apple. This time around it’s the Swiss watchmaker Swatch Group — which includes brands like Omega and Swatch — which has filed a complaint against Samsung, arguing that Samsung makes downloadable watch faces available for some of its watches that infringe on Swatch trademarks.

The complaint was filed in US District Court for the Southern District of New York and, according to a Reuters report, specifically names Samsung’s Gear Sport, Gear S3 Classic and Frontier smartwatches. Swatch is asking for more than $100 million in damages and a trial over the issue, though it will no doubt be settled before reaching that point for what’s sure to be an undisclosed sum.

A Swatch spokesman released this statement to media about the complaint. The issue at the center of it “is a blatant, willful and international violation of our trademarks by Samsung. The affected brands are worth billions. Our claim for compensation? Triple digits in millions.” (Samsung has declined comment so far.)

At any rate, it’s important to point out that it doesn’t seem clear yet whether the downloadable watch faces for the Samsung watches are in fact made by the company or third-party developers. If it’s the latter, this is not in fact a new issue. Sites like SamMobile have in the past noted the abundance of third-party watch faces available to download for Samsung watches that “blatantly copy” famous watch designs.

Samsung has also been down this road before, of course. The South Korea-based smartphone manufacturing giant has tussled with Apple regularly in court over the years over claims including Samsung’s alleged copying of the iPhone. You’ll recall it was a beef related to patents that started back in 2011, resulted in a $1 billion ruling against Samsung and ended up with both companies reaching a private settlement last year that put the matter to bed.