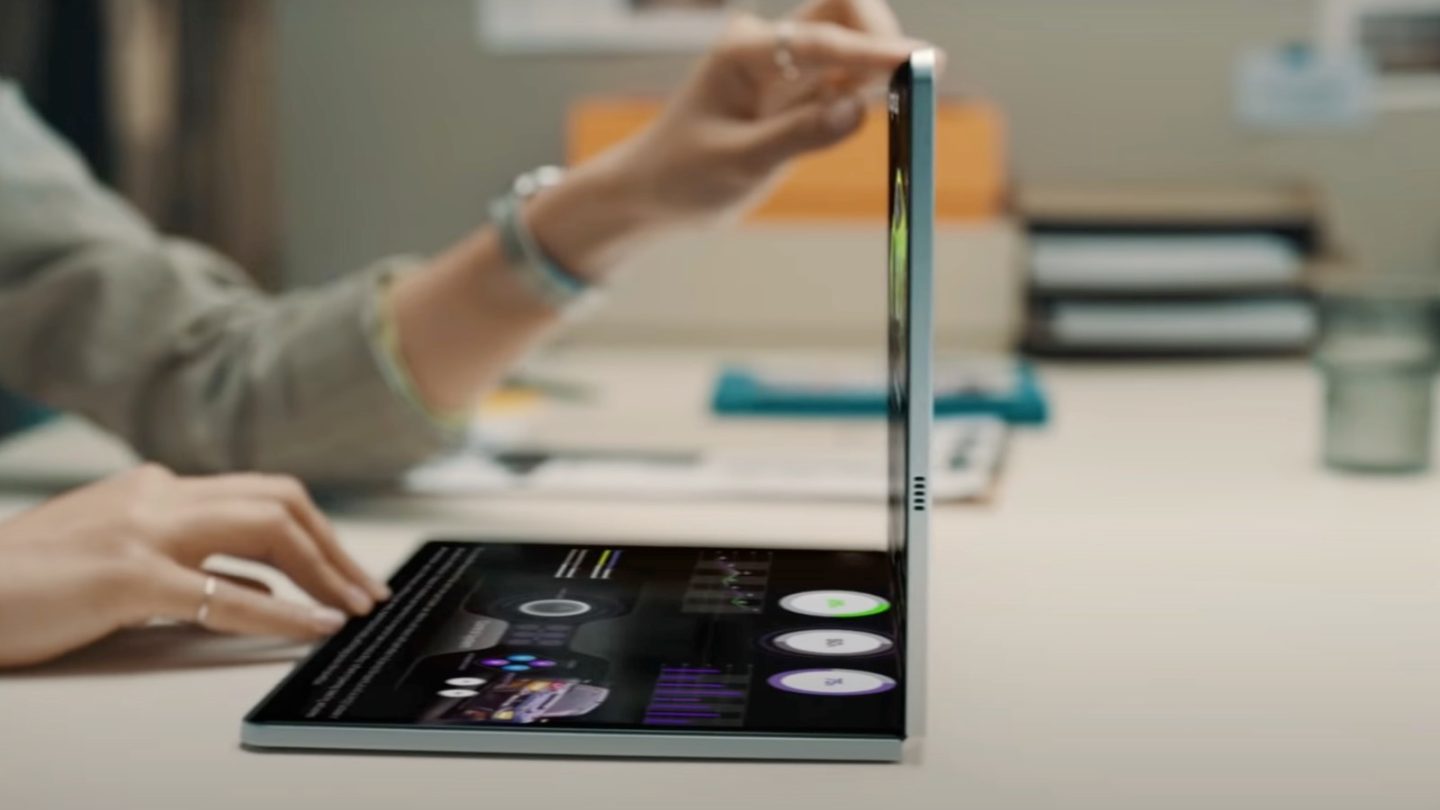 It’s safe to say the Galaxy Z Fold 3 and Flip 3 are a success story for Samsung. The new foldable smartphones are more durable than before, and they’re cheaper than ever. It’s too early to determine whether Samsung will meet its sales goals for the two devices. But people seem to like the new phones, and there’s plenty of interest from consumers. Even if you don’t plan on buying a Samsung foldable handset soon, you might soon want a foldable device in your life. Samsung’s innovations in the field should help move the entire industry forward. Samsung can supply many essential foldable parts to other companies. And Samsung might just put to good use everything it has learned from making foldable phones by making a large, foldable Galaxy Book Fold laptop.

Samsung might have been among the first smartphone makers to manufacture foldable phones. But it’s yet to make a foldable laptop. It’s Lenovo that made and shipped a foldable Windows 10 laptop last year.

But well-known insider Ice Universe posted the following message on Twitter, which gives us the purported branding for the Samsung foldable laptop. Galaxy Book Fold 17 will be the name of the device if the leaker is correct. And Ice has had plenty of accurate predictions about unreleased Samsung products.

The leaker did not reveal other details about this Galaxy Book Fold 17 device, so we have no idea what to expect. We don’t know when it’ll be ready for mass consumption. We have no specs or pricing structure. And we don’t know if it’ll be a Windows 11 or Android device.

But Samsung has in place all the technology it needs to pursue a foldable laptop. The Galaxy Z Fold series of phones allowed Samsung to develop more durable foldable devices. The Fold 3 features a stronger frame, water resistance, and Ultra-Thin Glass that’s more durable than before. The handset also supports S Pen input, a first for foldable devices.

The under-display camera is also a first for Samsung and for foldable devices. Add to that the hinge tech and the Samsung OLED display, and you end up with everything you need to make a larger foldable device.

The images you see in this post are screenshots from a promo video that Samsung released in mid-May at SID 2021 to demo its newest display innovations. The video shows devices with foldable and rollable displays.

This includes phones with two hinges and three screens, and the foldable laptop. And Samsung labels the latter as such. It might not be called Galaxy Book Fold 17, but Samsung refers to it as a 17-inch foldable laptop rather than a tablet.

The handset features a thin chassis, a large, bright, OLED display with small bezels, and an under-display camera at the top. It certainly looks more polished than the Lenovo ThinkPad X1 foldable laptop.

But Samsung’s device is only a concept, not a real product. There’s no telling if Samsung can actually deliver a Galaxy Book Fold 17 that looks like the foldable laptop in the video.