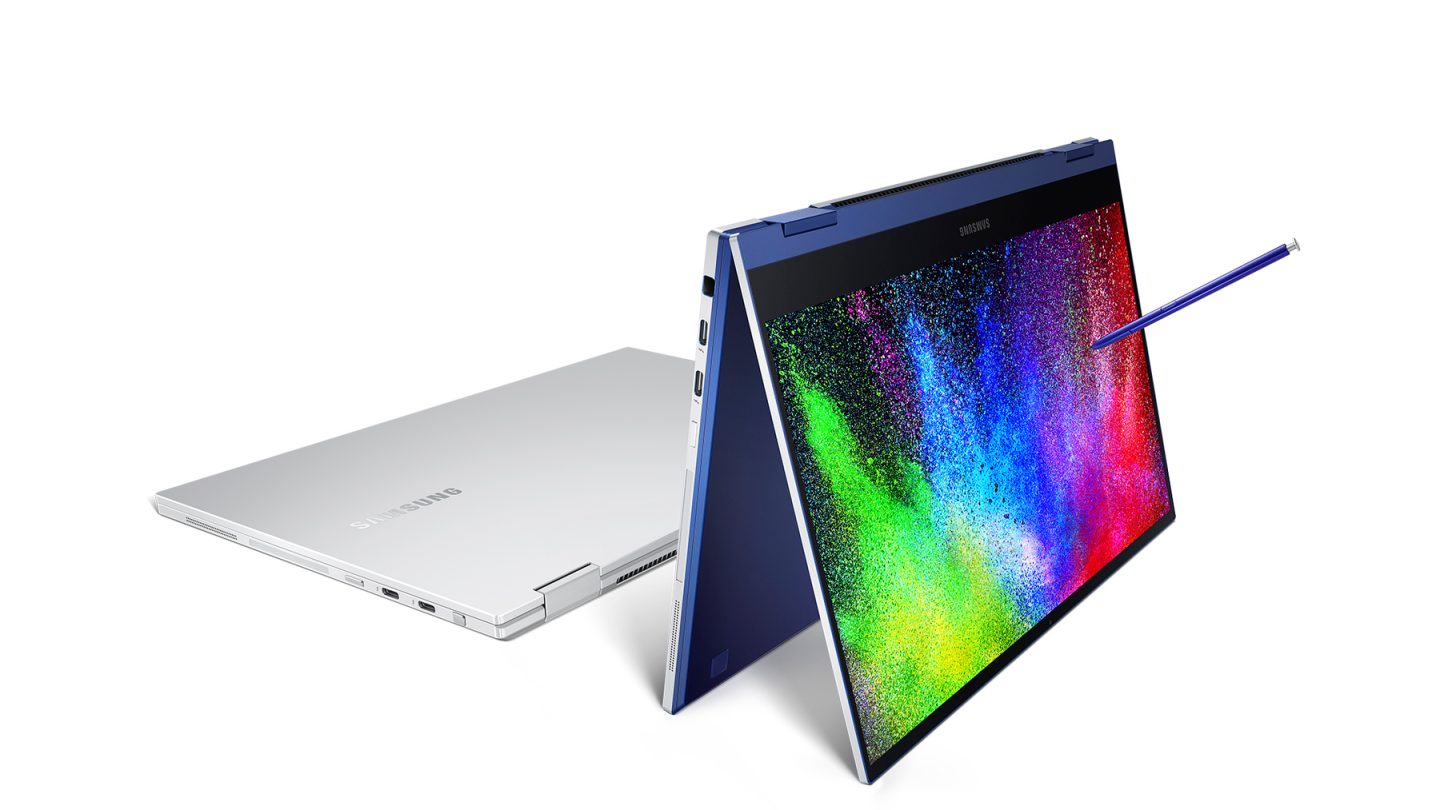 Most of the news we’ve covered out of Samsung for the past several weeks has been focused on its smartphone business, but the company has just unveiled a pair of new products which aren’t phones and are set to be released next year that should make creators and anyone interested in productivity very happy.

Samsung’s new Galaxy Book Flex and Galaxy Book Ion are new premium laptops that feature the first QLED displays Samsung has used on a laptop, with screens that not only offer brighter, more vivid, true-to-life viewing, but a special Outdoor Mode. That mode is enabled by a maximum 600-nit display capability, so you should be able to see everything on the screen and continue working just fine even in bright sunlight.

Speaking of working outdoors, these laptops are both meant to support heavy on-the-go usage by professionals who will no doubt enjoy the longer-lasting batteries and power conservation of the display. As an extra bonus, a Wireless PowerShare touchpad is included, which can be used to charge Qi-compatible smartphones, Galaxy Buds, or wearables.

Among the other features of both laptops, each includes a 10th Gen Intel® Core™ processor as well as Intel® Wi-Fi 6 (Gig+) and Thunderbolt™ 3 — in addition to both laptops featuring an ultra-thin and light design.

“Consumers often have to choose between mobility and high-performance hardware when choosing a laptop,” said YoungGyoo Choi, Senior VP of Samsung’s PC Business Team, in a statement about the new devices. “Galaxy Book Flex and Galaxy Book Ion eliminate the need to compromise by offering powerful performance with unparalleled portability and display innovation.”

No specific release date has been set yet, but Samsung is saying both will be available in the US in “early 2020.” You’ll have 13- and 15-inch versions of both laptops to choose from.

Galaxy Book Flex comes with a 360-degree hinge to support its use as either a tablet or PC. It also comes with an aluminum body and Royal Blue finish, in addition to enhanced S Pen gesture controls and built-in biometric credentialing powered by Windows Hello.

Galaxy Book Ion is made with ultralight magnesium and includes a clamshell frame. It weighs less than a kilogram, and the 15.6-inch version comes with an extra SSD and DDDR4 RAM slot. The laptop also is given a luxurious “Aura Silver” color finish.