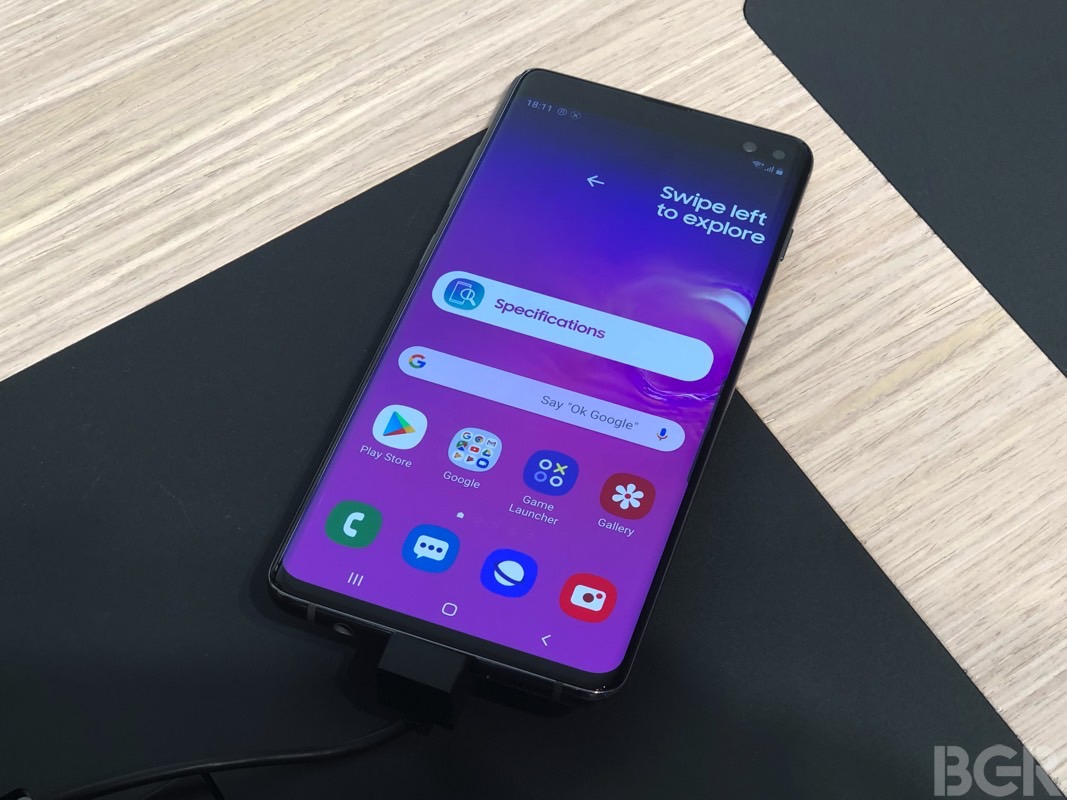 There’s no denying the Samsung Galaxy S10+ is a quality, high-end phone, sporting five cameras and a sharp 6.4-inch OLED display among a slew of other features. It’s such a top-notch handset, in fact, that it’s just snagged the top spot on Consumer Reports latest smartphone rankings — and not only for the reasons you might think.

What apparently gives this phone the edge, according to the CR reviewers, is how well it “performs the basics.”

The new model likewise excelled in everything from battery life to durability, camera quality and reliability, among other considerations. The review does include some caveats worth noting, though. As good as this model is, consumers who always try to shell out for the latest and best device and then keep it for as long as possible might want to hang tight before buying an S10, S10+ or S10e. “At least until we know exactly how much Samsung’s 5G phones and cell service will cost,” CR notes.

In terms of why the outlet gave the S10+ marks as high as it did:

CR has changed up how it measures battery life, which no longer involves setting the screen to maximum brightness. That’s to reflect the fact that consumers don’t always use that max brightness setting. A robotic finger is programmed to perform tasks that mimic how an ordinary user would rely on it over the course of the day, which entails everything from taking pictures to streaming video.

The result: CR’s testers recorded the S10+ battery life at just shy of 40 hours, 8 hours above the previous record-holder — the Galaxy Note 9. The S10 and S10e batteries also respectively hit 35.5 hours and 33.5 hours.

To approximate the variability of falls that come at different degrees and levels of force, CR’s testers drop the phones 100 times in a rotating metal chamber. Often, phones will shatter during this test — however, the S10+ came out of this “unscathed,” the review notes, as did the S10, while the S10e “survived as well but had a few more scrapes and bruises than its siblings.”

Where the S10+ falls a little short, at least in this review, is in terms of camera quality. The CR testers felt that the two front-facing cameras didn’t take bokeh photos as well as comparable handsets, while the rear cameras on both the S10 and S10+ earn praise especially for the extra-wide lenses that allow for zooming in without a loss in image quality.

When it comes to reliability, meanwhile “predicted reliability” as well as owner satisfaction are factored into the overall score for the first time. According to CR’s explanation, consumers were surveyed regarding brands, not individual models, and the survey covered purchases of devices between 2013 and 2018.

Samsung’s scores earned it an “Excellent” rating for predicted reliability and a “Very Good rating” for owner satisfaction.

The full review is worth checking out here, as it also goes into an assessment of other S10+ features such as the quality of the display as well as the fingerprint scanner.