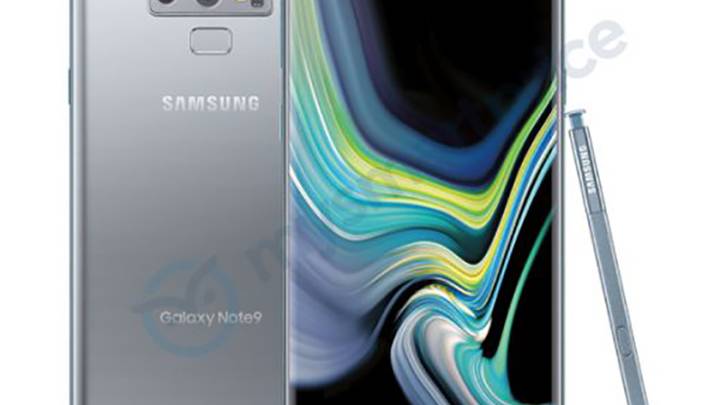 Samsung’s newest flagship phone, the Note 9, has only been out for a few weeks, but we’re now getting word that a new color option will soon be available in the U.S. to complement the original color options for the device that included Ocean Blue, Metallic Copper, Midnight Black and Lavender Purple.

The website MySmartPrice has obtained what appears to be a render for an unreleased silver version of the Note 9 that looks comparable to the shade of silver Samsung used for the S8 and the S8+.

Multiple sites are speculating this silver version will be an exclusive in the U.S. at first and perhaps also an exclusive at one of Samsung’s retail partners, like Best Buy. As you can see in the MySmartPrice image, the silver model also comes with a matching silver S Pen, and we should also point out it’s unclear yet what Samsung’s official name for this color shade will be, so we’re just going with silver for now.

The folks over at Android Authority have speculated that the silver edition of the Note 9 will come in both 128GB and 512GB variants, though Samsung may also decide to bring the silver option to just one of those. Regardless, this new model certainly makes for a spiffy looking handset — and, as we noted upon the Note 9’s release, the device remains one of the best Android phones you can buy right now no matter what color you go with.

As a reminder, the Note 9, which is also one of the most expensive phones ever, sports plenty of neat features like a dual-lens camera with variable aperture, a smarter stylus, a beefy 4,000 mAh battery, up to 512GB of internal storage, a desktop mode that doesn’t require any accessories, and a heat dissipation system that’s not available on other phones.

ZDNet posted a review on Monday of the Note 9, minus details about the silver option, that’s just about as glowing as you can get. By way of wrapping up, the reviewer notes: “The Samsung Galaxy Note 9 is about as perfect of a smartphone as you can find. I honestly cannot think of a single thing it is missing, which is not something I can say about other recent flagships. The Note 9 has a 3.5mm headset jack, microSD expansion card, amazing dual camera, and much more. I carry it around as my only device and thanks to the big battery, I don’t even have to worry about trying to find a charger throughout the day.”