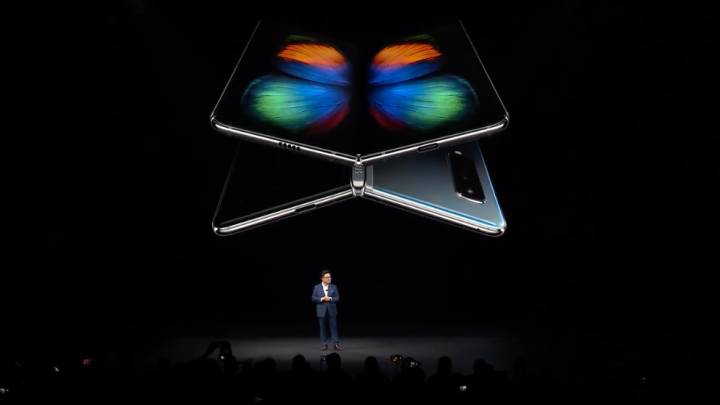 Say what you want about the novelty aspect of a foldable smartphone, but while this form factor is very much going to fall in the niche category for the time being, Samsung is nevertheless seriously committed to trying to spur excitement for this new style of handset. So much so that the smartphone maker apparently has two more foldable phones being prepped for after April’s release of the super-pricey Galaxy Fold.

That news comes via a Bloomberg report, which is in line with what we were already reporting back at the end of 2018. As we said in our post from November, for example, Samsung’s ambition is to apparently release at least 1 million foldable phone units a year, including new foldable phone versions each year similar to its Galaxy flagship device launches. In other words, Samsung never intended to put all its eggs in the Galaxy Fold basket.

And now there’s new evidence to underscore that expectation. Per Bloomberg’s reporting, Samsung is also prepping a clamshell phone with a small display on the outside similar to the forthcoming Motorola RAZR. It would arrive by the end of this year or in 2020. Samsung is also working on what sounds like a phablet similar to the Huawei Mate X that features a larger exterior screen and includes a vertical, book-style fold.

Because of all those devices in the works, this is certainly a big moment for the company that also happens to be the biggest smartphone maker in the world. That’s how Samsung sees the stakes here, at any rate. Interest in the company’s newest smartphone releases has waned a bit recently, which explains why it’s game to try something new — and why it reportedly spent eight years working to bring the Galaxy Fold to fruition, including time spent teaming up with Google to tailor Android to a foldable display.

Success here, of course, is not guaranteed — with the risks including the oddity of the foldable form factor, as well as Samsung’s release strategy. As we said here, the Galaxy Fold is not going to be a phone that’s available to buy in every carrier’s retail store in every major city. The device has a four-figure price tag, and Samsung plans to treat its rollout like a super luxury good. The company is targeting middle-aged and working professionals as its demographic for the Galaxy Fold — people who presumably have plenty of money to spend on a premium device of this kind. Samsung doesn’t have to wait much longer to see how many of them actually do.