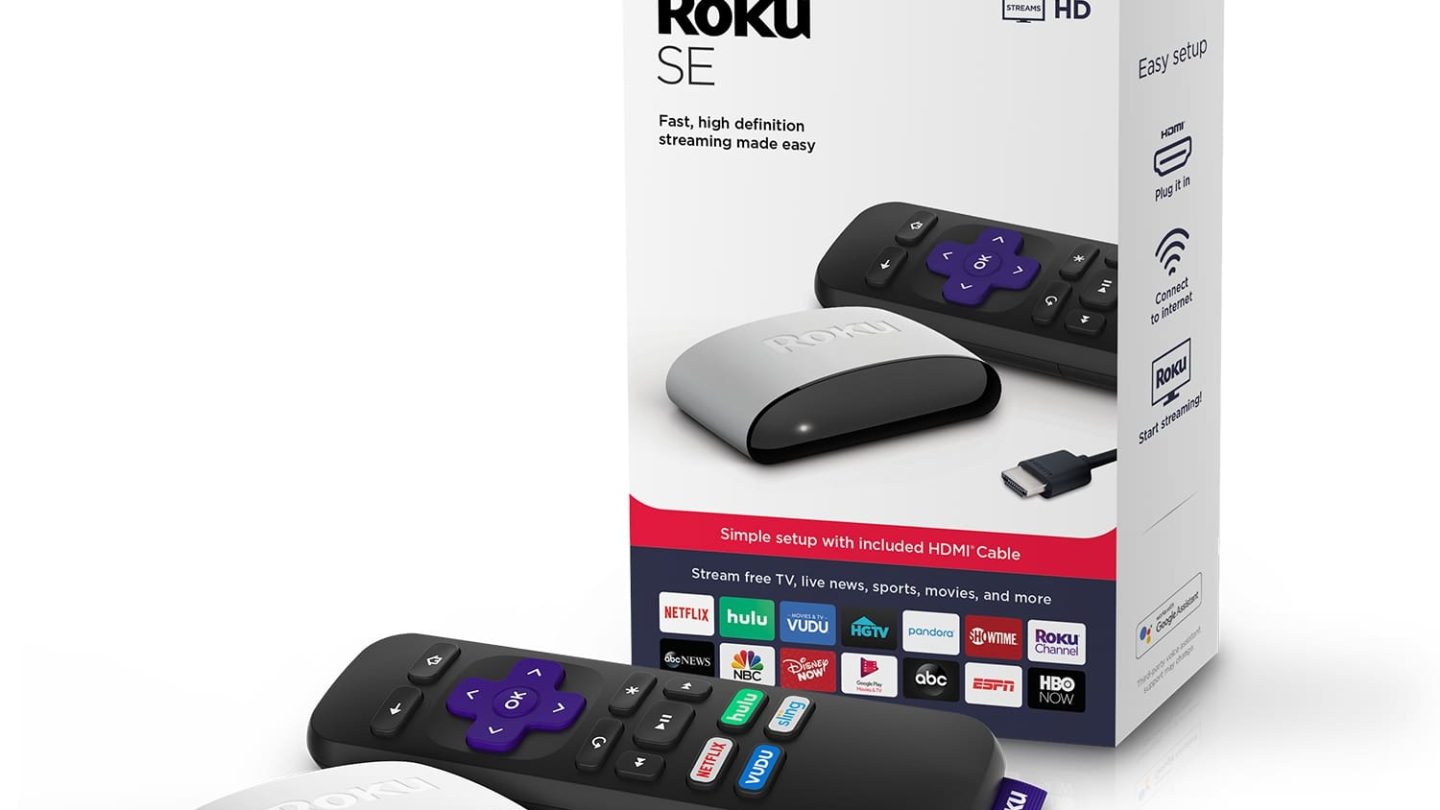 For anyone in need of audio tech this holiday season like streaming players and soundbars or even a bigger-ticket item like a TV, Roku has got you covered. The streaming media company has unveiled its Black Friday 2019 deals, which include an assortment of TVs, streaming players, and soundbars — and, as an additional sweetener, the company is offering everyone who buys and activates a new device the opportunity to score three free months of Hulu and Pandora Premium.

The deals include a TV and streaming player that will be available exclusively at Walmart for Black Friday.

Also for Black Friday, Roku is offering $20 off the Roku Streaming Stick+, $30 off the Roku Smart Soundbar and $50 off the Roku Ultra where Roku devices are sold, plus giving consumers nearly $65 of additional value in entertainment. Here’s a closer look at the deals being offered:

The limited-edition Roku SE streaming player ($18 MSRP) will be available in-store at Walmart and online at Walmart.com starting November 28.

The Roku Streaming Stick+ will be sold for $29.99, $20 off the $49.99 MSRP from November 24 — December 2. The device offers smooth HD, 4K and HDR streaming and includes a long-range wireless receiver for up to 4x the range and a voice remote with TV power and volume buttons.

The Roku Ultra streaming player will be sold for $49.99, $50 off the $99.99 MSRP from November 28 — December 2. The player includes an enhanced voice remote with personal shortcut buttons, a headphone jack for private listening with the included JBL headphones, lost remote finder, and more.

The Roku Smart Soundbar will be available at Best Buy and Roku.com for $149.99, $30 off the $179.99 MSRP from November 24 — December 7. Its features include Speech Clarity, which makes dialogue clearer, while Automatic Volume Leveling helps you quiet loud commercials. From Black Friday (November 29) through Cyber Monday (December 2) the Roku Smart Soundbar and Roku Wireless Subwoofer will be available for a bundle price of $269.99 at Best Buy and Roku.com.