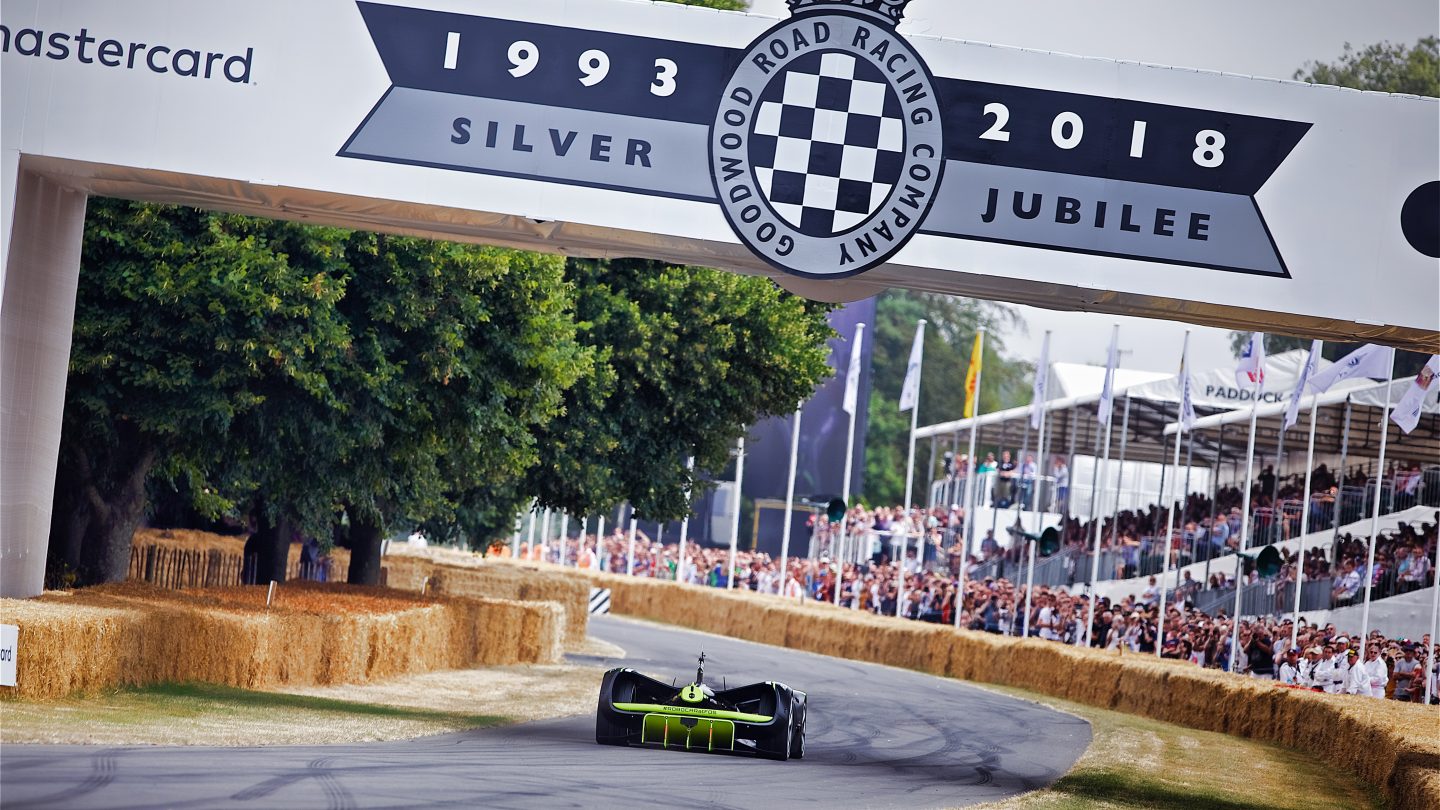 The Robocar, from a company called Roborace, is a thing of a beauty. Swooping lines, wing-like arches over the wheels — an all-around gorgeous, sleek design. And it just added a major accomplishment to its abilities.

The car has successfully completed a fully autonomous run at the Festival of Speed Hillclimb in front of 55,000 people at the Goodwood estate in England. That completion required navigating the 1.16-mile course using artificial intelligence — the first time that’s been done without a human driver in the event’s 25-year history.

The car — designed by Daniel Simon, an automotive futurist who’s worked on hit sci-fi movies like Tron: Legacy and Oblivion — will also try to repeat the same thing on Saturday and Sunday.

“We are ecstatic that the team have been able to achieve this landmark run and we hope that it draws attention to the amazing advances that are being made in the automotive industry,” said Rod Chong, Deputy CEO of Roborace, in a statement about the achievement. “Robocar is an ambassador for the future technologies we will see on our roads and we hope that inspirational stunts like this will change public perceptions of autonomous vehicles.”

Festival founder Charles Gordon-Lennox called it “an enormous achievement” for a race car to complete the run without human help.

The car is powered by four 135kW electric motors that are used to drive each wheel, resulting in a more than 500-horsepower vehicle. The car also takes in data from inputs that include Lidar, radar and GPS plus ultrasonic and camera sensors.

We’ve reported previously about how the Robocar design was revealed in March 2016, around the same time Roborace announced its work with Simon.

Simon saw it as a wave to pack all his passions into one job, those passions including racing, design and cutting-edge technology. He’s also been working with racing engineers and aerodynamicists for a while now.

As far as the Robocar itself, it uses a variety of sensors around the car to give it 360 degrees of vision. Those sensors give the car enough information to figure out its position on something like the competition hill and to detect drivable surfaces using deep neural networks.

Roborace also provides the car with an API as a platform for teams who then add their AI driver algorithm to the vehicle. The company says that development of the Robocar’s automated driving system at Goodwood was led by automotive technology company Arrival.