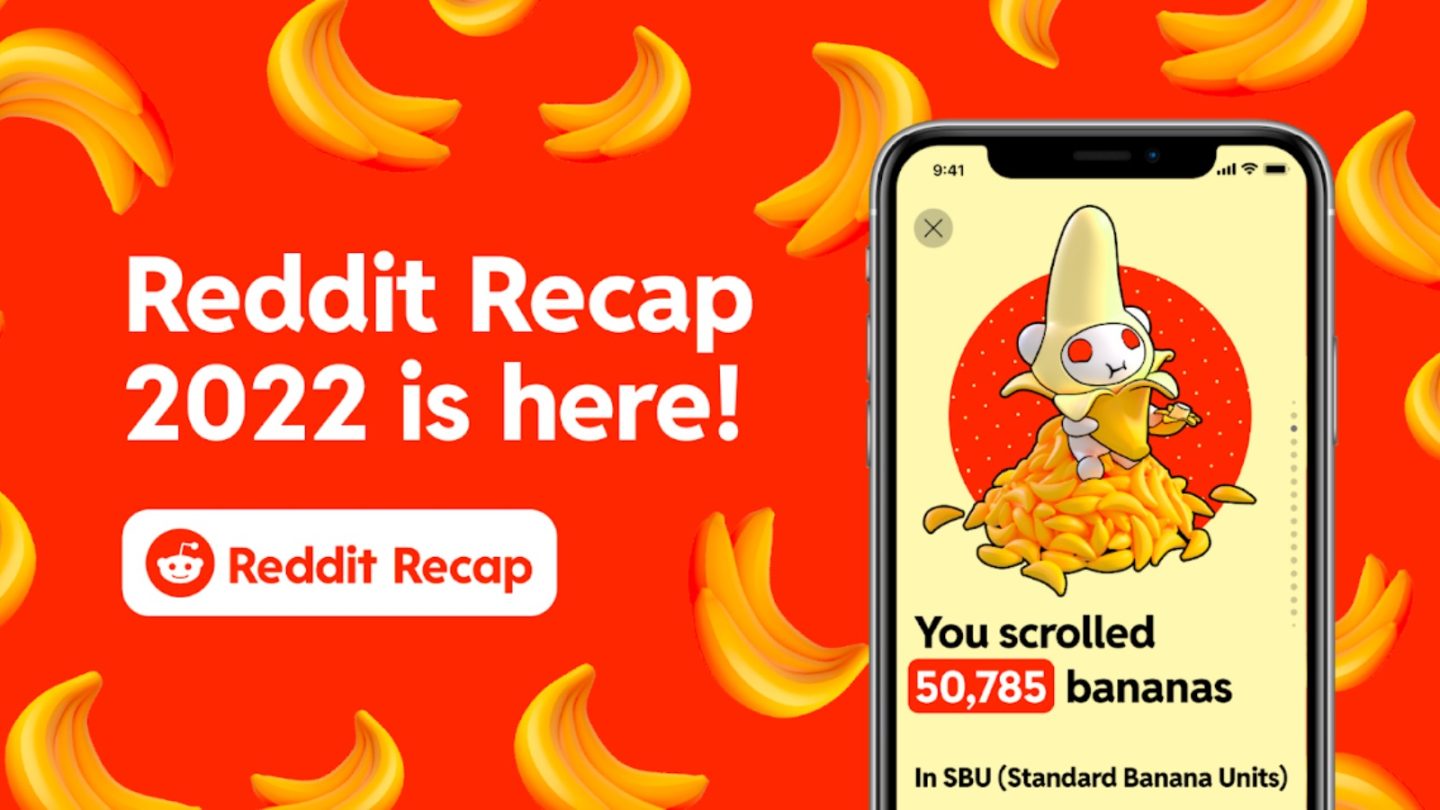 Reddit is another platform to bring a 2022 Recap to its audience. Redditors can experience a variety of “fun and interesting stats” that are translated and localized for users’ preferred language, including a summary of time spent on the platform, content users have engaged with, and communities they viewed or joined.

In addition to the user’s experience, Reddit Recap 2022 also brings some data on how the platform was used this past year. Here are the highlights:

Reddit Recap 2022 brings you personal usage of the app

Now that you know some of the most interesting tidbits of Reddit Recap 2022, here’s what you need to know to see your Reddit recap.

According to the platform, logged-in Redditors can click on the Narwahl icon under their profile in the app or the navigation bar on the desktop to see their unique and personalized experience. Once launched, Recap walks through a series of downloadable and shareable cards that include fun stats such as:

Once users reach the end of their Recap experience, they have one last new and unique opportunity to see how they stack up against other Redditors by being rewarded a Superpower Reddit Ability. Based on earned Karma points, the card places Redditors into one of three categories: Rare, Epic, or Legendary. To add to the experience, it also displays their most recent Avatar, the top three visited communities. It assigns a generated persona gathered from the topics they were most interested in.

In addition, to celebrate the Recap return, users were granted access to free Avatar accessories that dropped throughout the fall in the Avatar Builder, including the Tardigrade, Narwhal, and Banana Mask. All are still available to any Redditor, new or old, until January 2023.

Don't Miss: Apple Music Replay 2022 gets a revamp with Instagram-like reels, here’s how to share yours