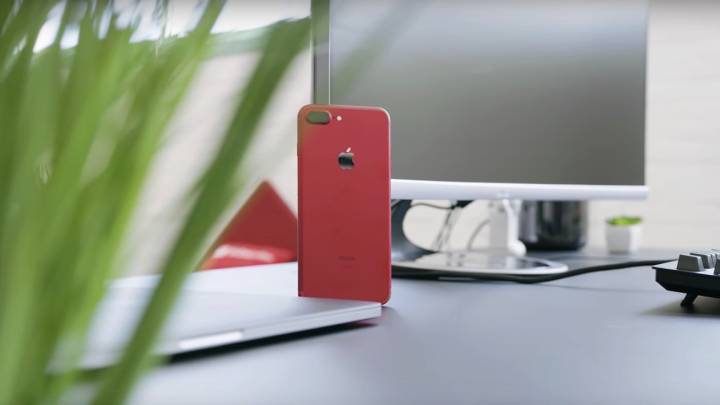 Apple on Tuesday released a bunch of new products and accessories, making official the red iPhone 7 that was mentioned in various rumors in the past few months. The device will be available to order on March 24th and comes in both iPhone 7 and iPhone 7 Plus varieties. There’s nothing special about this red iPhone aside from its matte red color. It has the same hardware, and it’ll offer the same experience as any other iPhone 7 that Apple is selling. But that red hue does look great on Apple’s site, and it’s even better in person — a first video unboxing of the red iPhone 7 is already available on YouTube.

Marques Brownlee got his hands on the red iPhone 7 Plus and unboxed the handset on camera. As you can see in the video below, we’re looking at an iPhone box that has a red iPhone on it. Inside the box, however, everything else but the iPhone is white. So don’t expect any red EarPods or red Apple logo stickers to be included in the package.

You do get an extra piece of paper that tells you more about Apple’s Product RED campaign, which gives a portion of sales to HIV/AIDS research — the red iPhone is Apple’s first smartphone included in the Product RED line.

In his presentation, Brownlee does make an excellent point regarding the overall design of the red iPhone 7. Apple could have made it a lot better by using a black front rather than the white one, and by painting read the metal ring around the home button. That’s not to say the red iPhone 7 doesn’t look great. It’s probably one of the best-looking colors out there. In fact, Apple’s red matte iPhone 7 seems to indicate that Apple could easily expand the color options for its iPhone.

Check out Brownlee’s full video below.