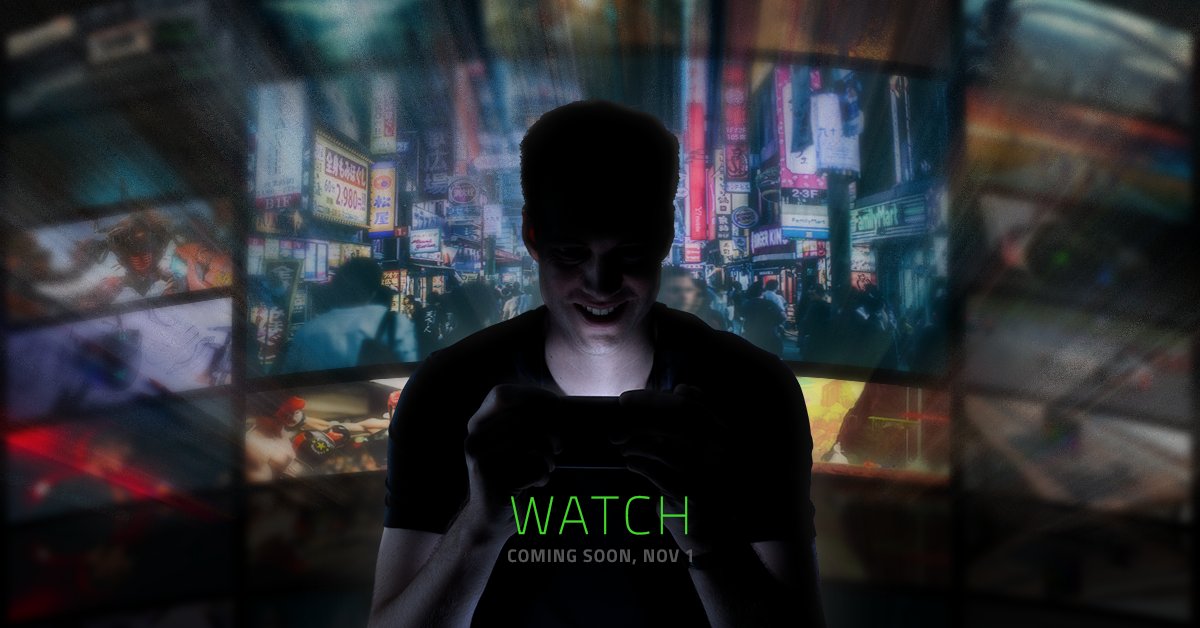 Remember Sony’s PlayStation Phone? It was, at least on paper, the phone that could have helped Sony stand out from the crowd. Released back in 2010, the phone failed to become the gaming powerhouse some may had envisioned, and we can easily argue that the technology wasn’t there to support such a project.

Fast forward to present day and Razer, a company that makes plenty of gaming products, may be on the verge of launching something similar. It won’t be a PlayStation Phone and it won’t be a Switch killer. It surely can’t be an iPhone killer. But the company may have something exciting on its hands and we’ll soon find out what it is.

Razer posted a teaser on Twitter for its “biggest unveiling.” As you can easily see in the image below, Razer is teasing a handheld device that opens the door to entertainment, including video and games.

Coming up with a smartphone concept that’ll genuinely impress buyers is quite difficult in this day and age. Just ask Andy Rubin and his Essential Phone, which is essentially a flop. Amazon also gloriously failed in this department. And we all remember the Facebook phone.

But Razer may have an ace up its sleeve. It recently bought Nextbit, a company that actually managed to launch an impressive Android device a few years ago, one that offered users a device that was similar to Google’s latest Nexus handset when it comes to specs. Crucially, however, the Nextbit Robin did something unique. They came with plenty of cloud storage to complement the limited built-in storage of phones, and the phone automatically offloaded apps and files that weren’t being used in order to free up space.

Razer will unveil its new phone on November 1st, at which point we’ll see what the gaming company did with its Nextbit purchase for its first-ever smartphone.