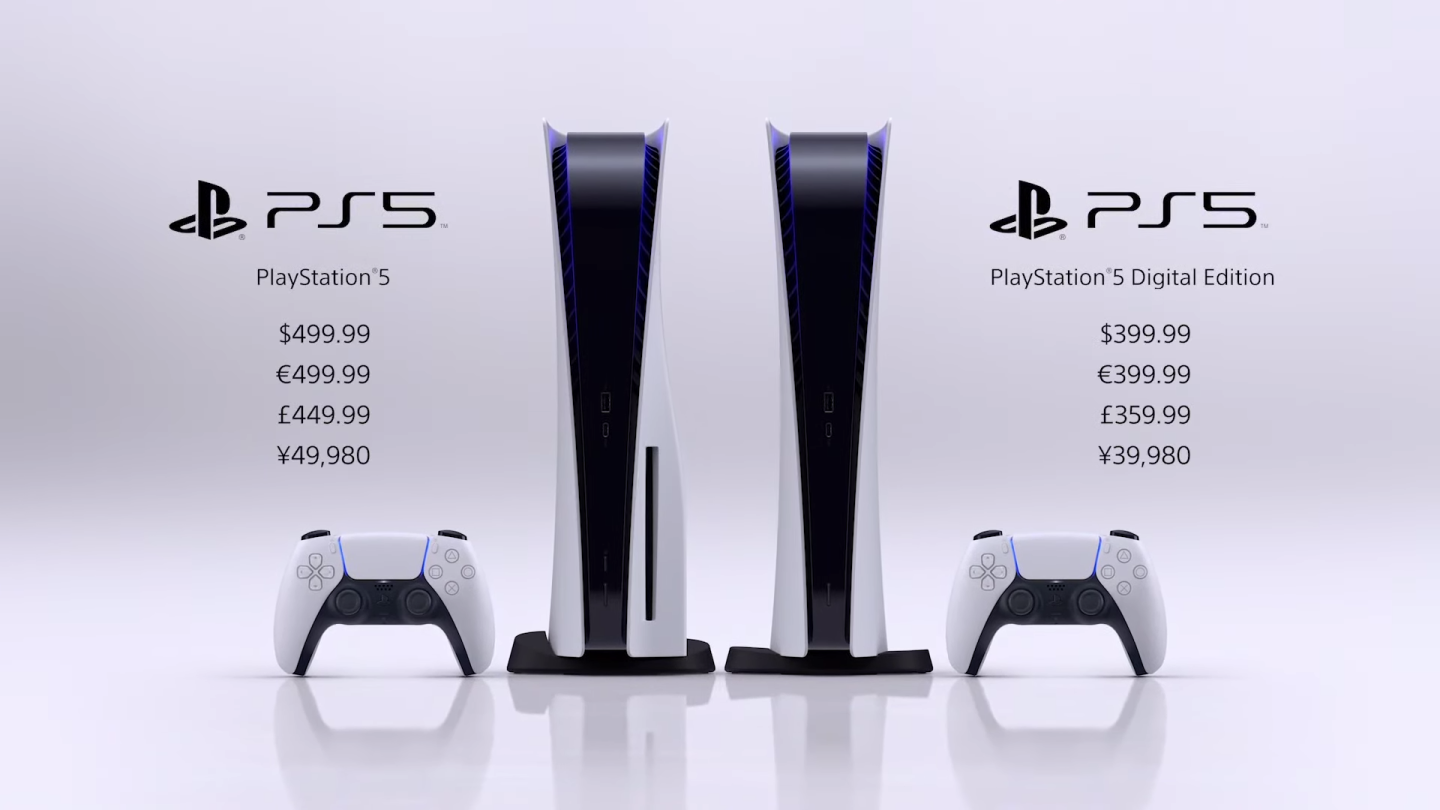 Specifically, Sony says the PS5 and PS5 Digital Edition will launch in the US, Japan, Canada, Mexico, Australia, New Zealand, and South Korea on November 12th. The rest of the world will have to wait until November 19th.

“We’re pleased to provide choice to gamers with two PS5 console options at launch, depending on if you want a digital-only experience or prefer disc-based gaming,” said SIE CEO Jim Ryan. “Whichever PS5 you choose, you’ll enjoy the same breathtaking, next-gen gaming experiences. Both PS5 models use the same custom processor with integrated CPU and GPU for high-fidelity visuals, including 4K graphics and ray-tracing support, as well as the same ultra-high-speed SSD with integrated I/O for lightning-fast loading. PS5’s 3D audio and the DualSense Wireless Controller will also provide the same heightened sense of immersion on all PS5s.”

Sony managed to get the price of the Digital Edition console down to $399, which was the same price that the PS4 launched at back in 2013. Although Microsoft won the pricing war with the $299 Xbox Series S, Sony has a massive lead after consistently outselling the Xbox One for the last seven years. At the very least, it should be a much more competitive launch this time around, especially with Xbox Game Pass having taken off in recent years.

Speaking of Game Pass, one of the surprises of the PS5 Showcase was the reveal of the PlayStation Plus Collection. It wasn’t totally clear how this feature or service will work, but it looks to include some of the biggest games of the last generation, including God of War, Monster Hunter: World, Final Fantasy XV, Bloodborne, Fallout 4, and Uncharted 4, just to name a few. Sony calls the feature “a new PlayStation Plus benefit for PlayStation 5.”

Finally, Marvel’s Spider-Man: Miles Morales, Sackboy A Big Adventure, and Horizon Forbidden West are all coming to PS4 as well, as Sony understands that “the PS4 community will transition to PS5 at different times.”