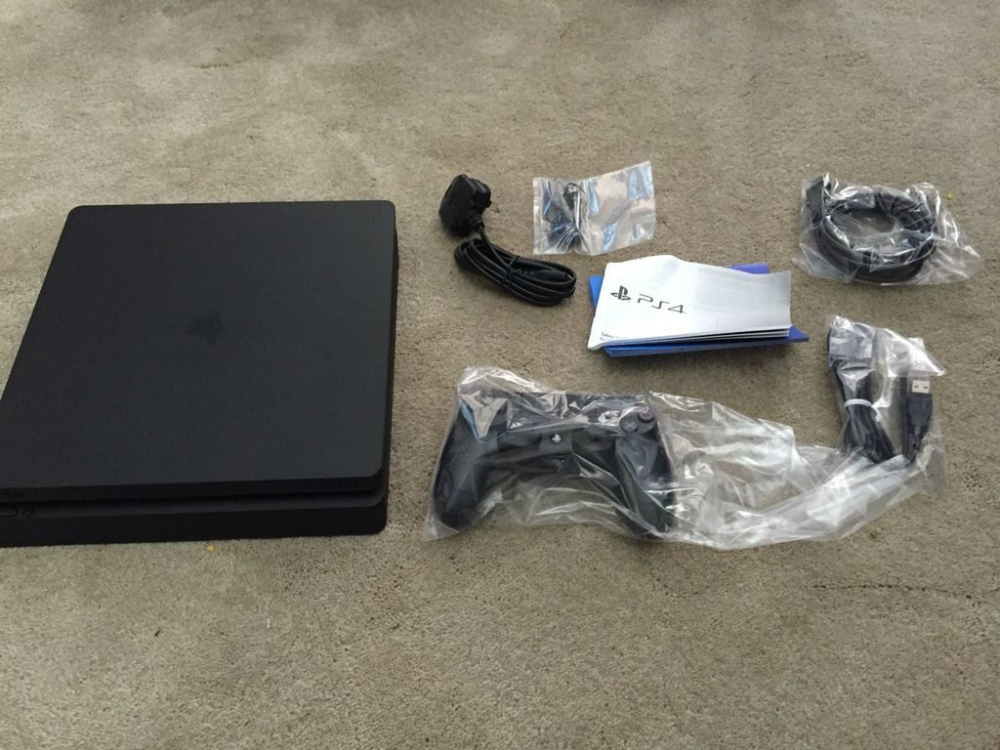 We still have plenty of time to go until Sony officially unveils its next-gen console, and a refresh of the standard model, but one of two upcoming PlayStation models has already leaked. We’ve seen plenty of images and videos of the PS4 Slim model, including a clip that shows the new console booting. It’s likely the leaked device is the real thing, and a brand new video shows us the PS4 Slim’s new controller.

We got a glimpse at the new controller on Monday, but the device was still wrapped in its original packaging (image above). However, YouTube channel ZRZ uploaded a quick hands-on video showing the new DualShock 4 controller – in fact, they were in such a hurry to upload the clip that they recorded the whole thing while driving a car.

The controller is pretty similar to the DualShock 4 controller you might have around the house right now. One difference that’s immediately obvious is the light bar on the top of the controller that’s also visible on the front face.

It’s not clear whether we’re looking at a new feature, or whether light is simply slipping through, but so far it appears the controller is indeed the real thing.

Sony will unveil its console-related plans during a special September 7th PlayStation event. The PS4 Slim will become the new, cheaper, standard console, but let’s not forget that an even more exciting console version is also going to be unveiled at the show the hot PS4 Neo.