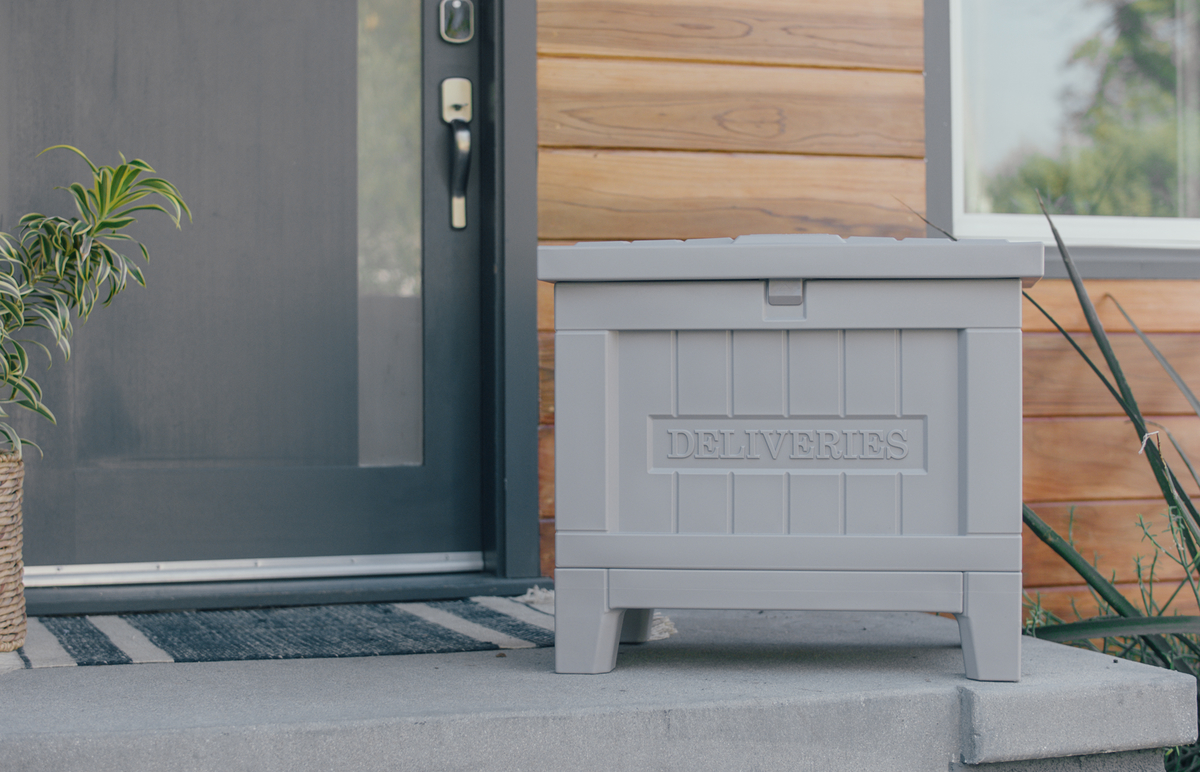 For one of my most recent orders from Amazon, the delivery driver dropped off the package on my doorstep like normal — but then Amazon followed up by sending an email, which included a photo taken of the package sitting right there in front of my door once it had been dropped off. The photo was obviously taken by the driver and, if you ask me, seems to be sort of a poor man’s response to all the porch piracy that’s on the rise. As if Amazon is basically saying, okay, there you go. If it’s not there when you get home, sorry pal — it wasn’t us.

People swiping unattended packages from porches and doorsteps is certainly not a new phenomenon and something that’s probably to be expected with the explosion in e-commerce. It’s starting to lead to some pretty wild solutions to deter those porch pirates, however, such as this one we told you about involving a glitter bomb booby-trap. And on the less dramatic front, Yale Home has introduced a new smart delivery box that’s meant for your front doorstep that can be weighted down, locked and represents a pretty simple way to keep your packages safe until you can get there to retrieve them.

The box, according to the company, “allows customers to receive packages and perishables deliveries (e.g. food, wine, cosmetics, medicine) securely and conveniently” and is meant to address the reality that almost 40% of American households say they’ve experienced some kind of porch pirate-related package theft.

The company says the box will launch this spring and will be available at ShopYaleHome.com and major retailers. The box will cost $229 by itself, or $278 with an accompanying “Wi-Fi Bridge” that makes remote management of the box possible.