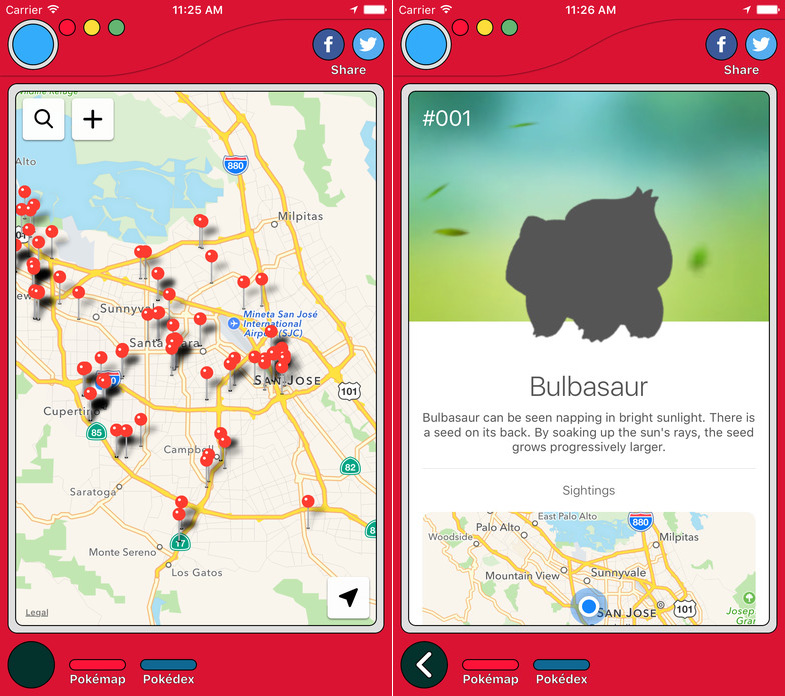 On Tuesday, we told you about a fantastic resource for Pokemon Go fans. Dubbed FastPokeMap, it’s an online map of Pokemon in your area — which doesn’t sound terribly innovative or exciting until you recall that Pokemon Go developer Niantic recently had most of these third-party services shut down. The new Pokemon locator map is a great tool for Pokemon Go players who want to map out their plan of attack before heading out to hunt Pokemon, but it does have one main drawback: It’s web-based, so it doesn’t always work well on many mobile devices.

Luckily, there’s another new option out there that provides Pokemon Go maps and a way to locate any Pokemon you want right from within an app on your device.

Niantic released an update this week that gives users some new features to help them locate nearby Pokemon. The new “Nearby” feature is currently still in a public test phase and it doesn’t work nearly as well as the old feature Niantic removed, but at least it’s something. Of course, Pokemon Go players in search of a better way to track down Pokemon still have some other options that are far more effective.

If you really don’t care about the rules, you can install the ultimate Pokemon Go cheat, which lets you walk anywhere in the game without having to actually get up and move at all. But if that’s a bit too shady for you and you’re uncomfortable going that far, there’s a happy new medium that will help you find all the Pokemon in your area.

A new app in the iOS App Store called Pokegear GO provides a few key features that will help Pokemon Go players take their game to the next level. In a nutshell, it combines a nearby Pokemon locator and provides an integrated Pokedex that will let you view and learn about all of the different Pokemon in the game. As a nifty added feature, you can perform searches and filter your results — so if you’re looking for just one specific Pokemon, the app will let you search by name so you can see how far you’ll have to travel in order to catch the finicky creature.

Pokegear GO is a free download for the iPhone and iPad, and you can install it by following this link.