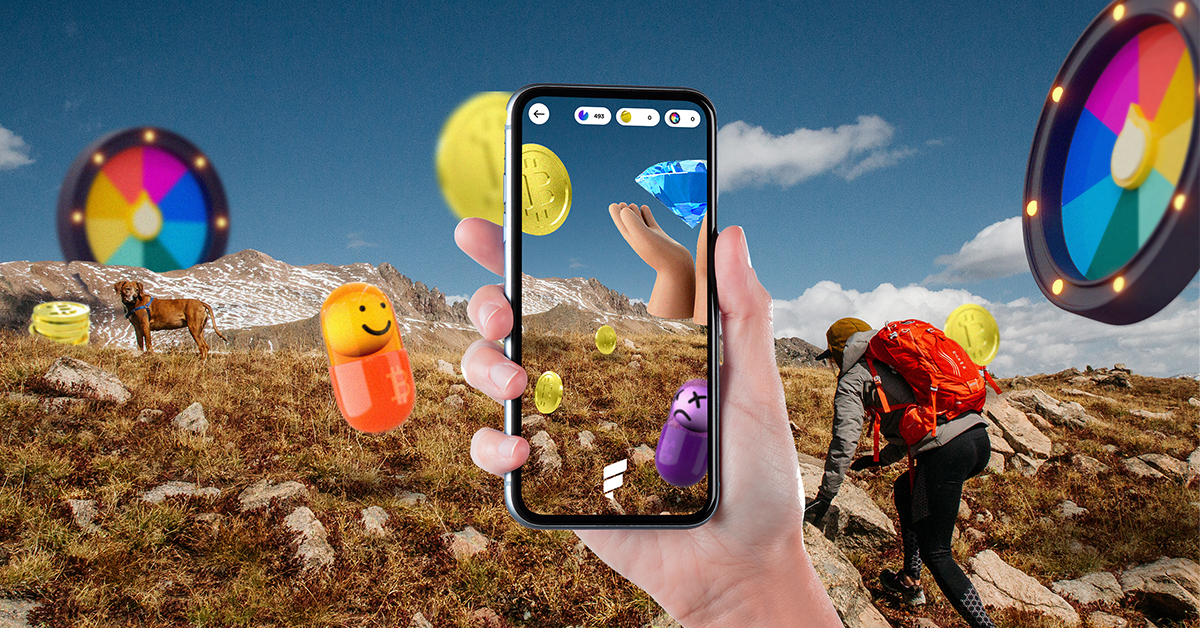 A new crypto mining game from Niantic and Fold lets you mine for Bitcoin in augmented reality similar to Pokémon GO.

Fold announced the new experience in a blog post on Tuesday. In the announcement, the company discusses how it wanted to bring the metaverse to life in a way that promotes human freedom and happiness through Bitcoin and fun.

Fold AR is like Pokémon GO, but for crypto mining

The basic premise behind Fold AR is to walk around and collect Bitcoin by breaking blocks. These blocks spawn once every 10 minutes, within a one to 50 foot distance of the player. The timing is meant to symbolize the time that it takes to mine for one Bitcoin.

Once a block has spawned, players will tap on it to reveal a puzzle. After they complete the puzzle, they’ll be rewarded with their crypto. At the moment the rewards include Satoshis, the smallest unit of Bitcoin and extra spins for rewards on your Fold Card, as well as time extensions and orange pills that protect you from “harmful surprises”.

As you play the game, you’ll need to avoid various obstacles like poison pills, which threaten to take away the Bitcoin you’ve earned so far.

When the full version drops, you’ll also be able to trade, find and hide Bitcoin around the world. Fold also says that merchants will be able to engage directly with the community to offer incentives and other rewards.

“We believe Bitcoin is really just a game,” Will Reeves, the CEO of Fold, and David Steinbroner, the Community Manager, wrote in the announcement. “And, there are millions of people around the world already playing this game every day, working to acquire Bitcoin through mining, trading, shilling, and earning in pursuit of financial freedom; all the while avoiding the villains of inflation, monetary controls, censorship, and other forms of financial debasement.”

You can access the Fold AR experience through the Fold app on iOS and Android.