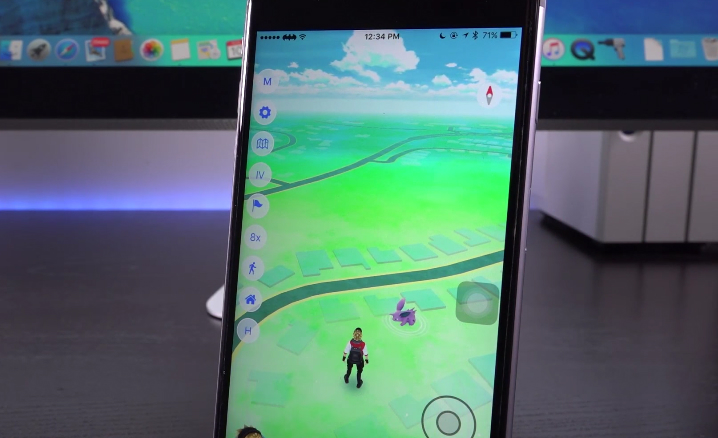 Cheating at Pokemon Go is frowned upon by many, including Niantic, which might ban your account if you try to gain an unfair advantage in the game. But then again, not everyone has time to catch them all the proper way. Playing Pokemon Go is time-consuming, and if you don’t have that time but still want your Pokemon collection to grow, then you probably need this newly updated hack, which lets you walk anywhere in the game without moving an inch. We have already talked about it, and sadly not everyone will be able to use it. But if you have an iPhone and you’re willing to jailbreak it, then you should know that this crazy hack just got way better.

YouTube channel iCrackUriDevice put together a video that explains all the new features in the update, providing instructions on how to jailbreak your iPhone and install the newly updated Pokemon Go tweak as well.

To jailbreak your iPhone either over-the-air or using a computer, you first need to be running iOS 9.3.3 on your iPhone. That means you’ll have to downgrade from the iOS 10 beta or from iOS 9.3.4 before you can cheat at Pokemon Go using this trick.

Once that’s done, you’ll have to install an unofficial app from Cydia – the App Store for jailbreak apps – for Pokemon Go to actually run on your device. The game won’t run on jailbroken devices, but the app will nullify Pokemon Go’s anti-jailbreak protection.

Once inside the game, new menus will appear on top of the actual Pokemon Go menu, allowing you to change settings and walk on the map without actually leaving your house. The game lets you customize the speed, and you can choose between walking, biking and driving. That way, you can head to places that are far away without tripping the game’s GPS spoofing blocks. If Pokemon Go warns you that you shouldn’t drive and play – proof the hack works on the latest version of the iPhone game – you can simply select the passenger option.

You can even set a destination and have your Trainer head to that location automatically. And if it finds Pokemon along the way, it’ll notify you and let you hunt them down. Tools inside the hack also tell you which Pokemon you should focus on.

The hack also contains other measures that should prevent Niantic from figuring out that you are cheating, like a save location feature that prevents your Trainer from resurfacing at your actual location when the app crashes.

Also of note, a previous feature of the hack that increased your curve ball changes has been removed to prevent Niantic from discovering that you’re cheating – check out the full video below to see all these features in action on an iPhone. The video below also explains how to fix any GPS issues you might encounter after jailbreaking the phone.