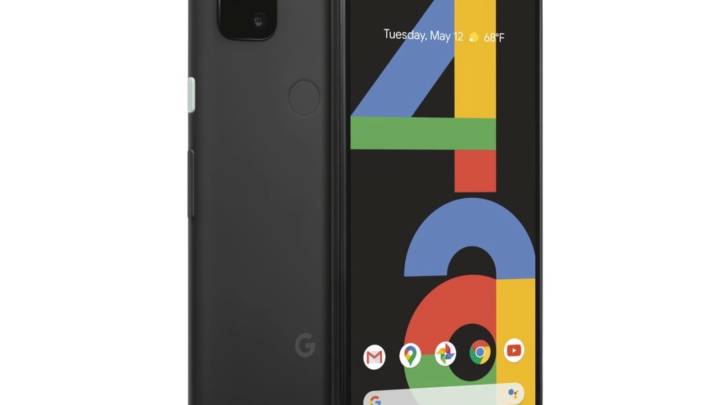 Google did something different with the Pixel phones this year, and it’s all because of the novel coronavirus health crisis. The Pixel 4a saw a three-month delay, and the handset will only reach consumers later this month. That’s probably why Google also soft-launched two other Pixel phones the other day, the Pixel 4a 5G and the Pixel 5. Google confirmed all the recent rumors that said it would have three new Pixels in stores this year, including two Pixel 4a flavors and the Pixel 5. COVID-19 pandemic aside, this wasn’t going to be the year of the Pixel 5. Reports in the first months of the year said the Pixel 5 would not match the hardware of other 2020 flagships, and all the rumors that followed confirmed the first 5G premium Pixel phone Google ever made will be a mid-range device that could still be quite expensive. Google is yet to confirm those rumors, but Pixel rumors usually come true. The company’s Pixel 4a announcement does reveal an unexpected detail about the Pixel 5, however. Google won’t even try that hard to sell you one.

The more Pixel 5 leaks I saw that said the Snapdragon 765 processor would power the Pixel 5, the more I explained what that means for performance. The phone will hardly be able to compete against any 2020 Android flagships, let alone any of the iPhone 11 or iPhone 12. Even the iPhone SE 2nd generation that Apple launched in May will run laps around the Pixel 5. Then the OnePlus Nord happened, which is the worst imaginable blow to the Pixel 5. The OnePlus Nord gets the same 765 chip, but the rest of the specs list could outshine the Pixel 5. Add to that the incredible price point, and the Nord is a much better budget mid-ranger than the Pixel 5, despite some of its compromises.

The good news for Google is that the Nord only sells in Europe and India, and the future Nord model that will target the US will rock a slightly slower Snapdragon platform. The bad news is that an expensive Pixel 5 can’t compete against the Nord in these markets. And it already looks like Google plans to ignore them when it comes to the Pixel 5.

In the Pixel 5G “sneak peek” section of the Pixel 4a announcement, Google revealed the Pixel 4a 5G, and the Pixel 5 will be available in the “US, Canada, the United Kingdom, Ireland, France, Germany, Japan, Taiwan, and Australia.”

India is not featured in the shortlist of markets that Google is targeting with its 5G handsets. Google could always add more markets to the list, but India and Singapore won’t be part of the Pixel 5 launch, per a Google statement:

Regarding the two new 5G Pixel phones that were announced globally today, these will not be available in India or Singapore, based on a variety of factors including local market trends and product features. We remain deeply committed to our current Pixel phones and look forward to bringing future Pixel devices to these countries.

Google does target some of Europe’s wealthiest markets but ignoring several other countries in the region that could benefit even more from cheaper Pixels this year.

The 2020 Pixels seem to be in a transition period that will hopefully get us to a better place when it comes to Pixel hardware. It’s great that Google is going for affordability this year, but ignoring the flagship segment on the market is not a great idea. Every other handset vendor out there makes some flagship phone that makes use of the best possible components, offering buyers the best possible smartphone. Some of those features trickle down to cheaper handsets. You might want a brand new S20 this year, but you could end up settling for a Galaxy A71 instead. The Nord can be a compromise solution even though it’s the OnePlus 8 Pro you eyed. The iPhone SE is the cheap iPhone 11-like device you’ve asked for. The Pixel 5 will be just another mid-range Android phone that won’t have any real appeal, and it’d still be more expensive than rival devices. Going down from a mid-range phone to the Pixel 4a isn’t as great a compromise, especially if you want to buy a tool that will age well. The camera alone can’t save the Pixel 5. And Google’s sales strategy seems to confirm all of that.