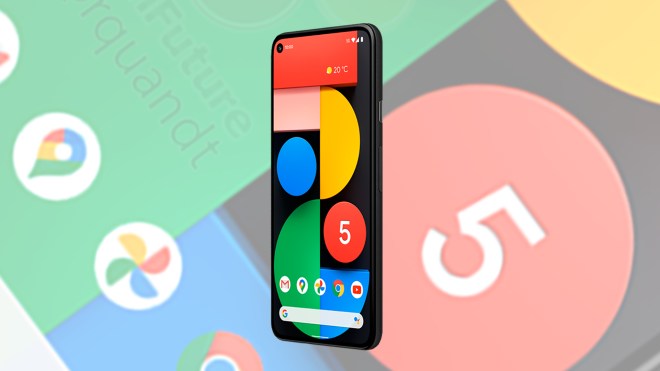 Two days separate us from Google’s “Launch Night In” event, where the company will take the wraps off its new Pixel phones, next-gen Chromecast, and new Nest speakers. These products have been featured in extensive leaks in the previous months, so it’s not like they’re hugely surprising. The star of the show should be the Pixel 5, the next Google flagship to take on the iPhone 12, and the company’s first 5G phone. But the phone will hardly qualify as an iPhone rival. The Pixel 5 won’t have the hardware to match flagship Androids, and it won’t stand a chance against the new iPhones when it comes to speed. Or older iPhones. Or the Pixel 4. But the Pixel 5 will have a much better design than last year’s Pixel 4, even if that means it won’t support 3D face recognition. Also, it will come with 5G connectivity, just like most new phones this year. All of that will make the phone cheaper to make and more affordable to buyers. And Google has mistakenly revealed the price of the handset in Japan.

Google posted a tweet on its official account for Japan featuring the same Pixel 5 press render that we saw in leaks a few days ago (image above). Google confirmed the name of the handset would be Pixel 5, not that there was any doubt about that, and that it will have 5G support.

The tweet was deleted, but not before the internet saved it. Here’s what a Google translation of the message said, via 9to5Google:

The Pixel 4 started at $799 last year, but several leaks said its successor would be more affordable. The phone might cost €629 in Europe according to recent leaks, while the US pricing might start either at $649 or $699. The more expensive the Pixel 5 will be, the more it’ll hurt Google.

The Pixel 4a 5G that’s joining the Pixel 5 this year is supposed to offer the same hardware as the more premium phone at an even more affordable price. The phone will be made of plastic instead of glass and could cost just $499, according to several leaks.

Google will probably confirm these last-minute Pixel leaks in a couple of days, during its September 30th virtual press conference.