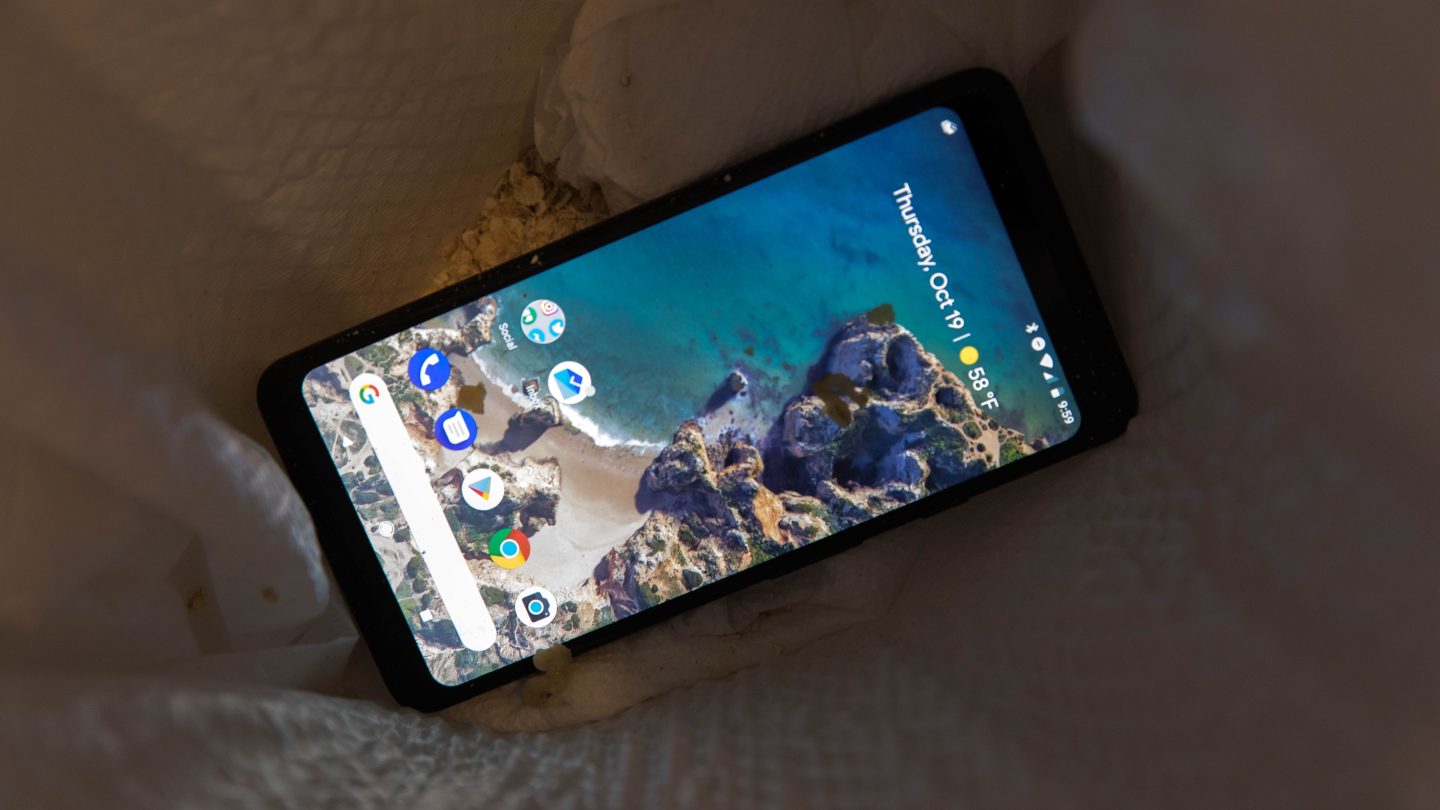 Google this fall will launch the Pixel 3 series, which includes Google’s own iPhone X clone, and it’s likely the phone will soon become one of the hottest Android handsets of the year.

But while we wait for the Pixel 3 to arrive, we have to share with you this weird Pixel 2 performance issue. Some users are experiencing performance issues that are very surprising for a phone that’s not only supposed to be a pretty expensive flagship device, but also a device that runs Google’s unaltered Android vision.

The Pixel and Pixel 2 phones were both great devices for Android fans, but Google still has to prove itself in the phone manufacturing business. The original Pixel could have sold much better than it did, had Google made enough stock to meet demand, and the second-generation handset was plagued by various issues when it launched, especially screen-related problems.

Now, almost a year after the Pixel 2 launched, a couple of enthusiast Pixel 2 users who know a thing or two about Android devices have voiced their concerns about their Pixel 2 seemingly slowing down.

It all started in late July with this tweet from Artem Russakovskii, the man behind Android Police:

My Pixel 2 XL is devastatingly and embarrassingly laggy, both on Oreo and P DP. It's been like that for months, and I hate using it.

The only reason I'm sticking with it is the camera.

Here's just one example of what I described as "devastatingly and embarrassingly laggy" on my Pixel 2 XL.

And it happens all the time and not to just the Camera (the Camera is just an example).@MKBHD's examples with animations were very tame compared to the crap I deal with. pic.twitter.com/qhShInB4YS

When your camera takes 10 seconds to load, then switching to video takes another 10, and then when you take the actual video, it records lag onto the video, you just want to smash the thing in.

He then followed up with these updates a few days ago:

1. I have a new Pixel 2 XL which I'm setting up now.
2. A Google engineer accompanied by a PR person are coming to my house on Monday to analyze the laggy device in person.

I'm hoping they'll be able to determine the root cause.

Unlike a car that stops making noise when you take it to a mechanic, the phone was extremely laggy to the point that both of them were visibly surprised.

Now that doesn’t sound good. Russakovskii did mention Marquees Brownlee in one of his tweets because the famous tech YouTuber posted a video that detailed his own experience with slow Pixel 2 phones on August 1st.

In the video, Brownlee explains that the Pixel 2 became a lot slower than he’d have expected and that he had to replace it with the OnePlus 6:

If you’re a Pixel 2 owner you shouldn’t panic. Just because two high-profile Pixel users experienced these issues doesn’t mean they’ll happen to you too. But it sure is strange to see this type of behavior on one of the best Android phones of 2017.