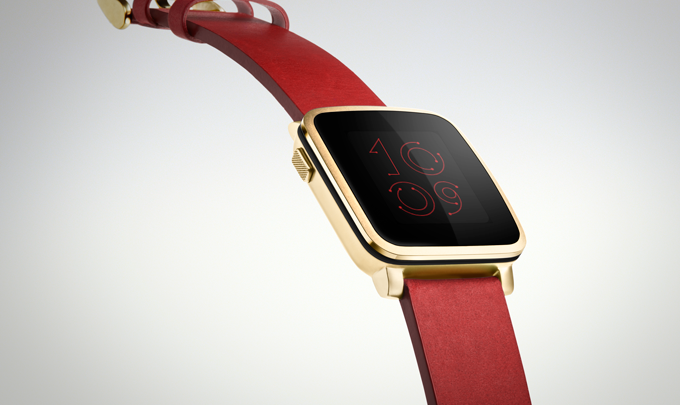 Fitbit is rumored to buy Pebble, and Pebble fans have every reason to be upset. A new report indicates that Fitbit will not buy all of Pebble. Instead, the wearable maker is only after the software side of the Pebble business. How will this affect current Pebble customers who funded some of Pebble’s latest Kickstarters? Well, there aren’t any good news for you.

According to Bloomberg, Fitbit is ready to pay up to $40 million for Pebble’s software business. That includes software engineers, testers, the Pebble watch operating system, watch apps, cloud services, and other intellectual property.

Last week, Fitbit reportedly sent job offers to about 40% of Pebble’s employees, most of them software engineers.

Pebble’s debt and other obligations exceed Fitbit’s cash commitment, and Fitbit won’t be taking on that debt. Pebble’s remaining assets including product inventory and equipment will make the object of different sales.

Two of the three new watches that Pebble announced in May, including the Time 2 and Pebble Core, will be canceled, and Kickstarter backers will be refunded. The Pebble 2, meanwhile, is already shipping to backers.

The deal, yet to be confirmed by either Fitbit or Pebble, will also make the Pebble stock held by employees worthless, people familiar with the matter told Bloomberg. The money will be used to “debt holders, vendors, some of its main equity investors, and Kickstarter refunds for the Time 2 and Pebble Core orders.”

One of the most exciting Kickstarter projects when it first launched, Pebble failed to become a strong player in the smartwatch business. Fitbit, meanwhile, is also looking to bolster its smartwatch plans to better fight against Apple’s Watch.

Apple Watch sales have not been great lately, reports said, but Apple CEO Tim Cook was quick to counter those estimates, telling Reuters that the sales are “off the charts.”

Fitbit, who got into smartwatches this year with the Blaze, has its own sales difficulties. The company cut its holiday sales forecast in early November.

UPDATE: Pebble took to Kickstarter to confirm the Fitbit deal. “Fitbit has agreed to acquire key Pebble assets. Due to various factors, Pebble can no longer operate as an independent entity, and we have made the tough decision to shut down the company. The deal finalized today preserves as much of Pebble as possible,” the company said.

“Pebble is ceasing all hardware operations. We are no longer manufacturing, promoting, or selling any new products. Active Pebble models in the wild will continue to work,” Pebble said.

“Backers will get refunds for any unfulfilled rewards. After a successful crowdfunding campaign, we were excited to bring Pebble 2, Time 2, and Core to the world. We’ve since shipped every Pebble 2 possible, but can’t say the same for the remaining rewards. Pebble Time 2, Pebble Core, and Pebble Time Round Kickstarter Editions will not go into final production,” Pebble added.

Refunds will be processed by March 2017.