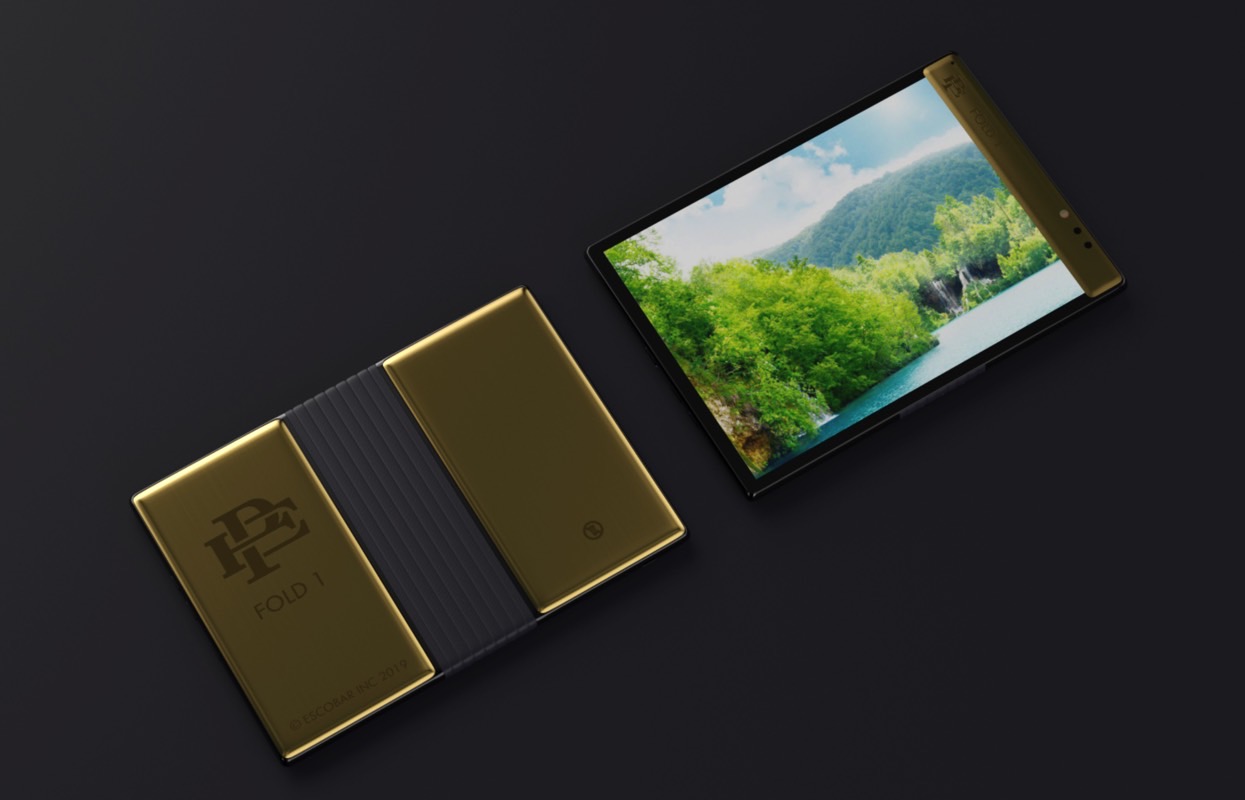 Pablo Escobar’s brother is apparently manufacturing phones, and that itself is a story worthy of a Netflix limited series. And not just any phones; we’re looking at foldable phones that are going directly after the iPhone. Because, of course, you’d want your brand new device to compete directly against the most iconic smartphone out there. The Escobar phone is called Pablo Escobar Fold 1 — because, of course, it is. Is it made with drug money? Well, we have no way of answering that. But the phone, however, might not be that original.

The phone looks a lot like a certain flexible handset you may have heard of before, Gizmodo is quick to point out. That’s the Royole FlexPai, which beat Samsung and Huawei to market by several months. The device is hardly the kind of foldable hardware you’d want to buy, and it was somewhat expensive to order when it launched about a year ago.

Escobar’s brother, however, has different plans for it. “I have told many people that I would beat Apple and I will,” Escobar told Digital Trends. “I cut the networks and retailers, to sell to customers phones that can fold for only $349, phones which in stores cost thousands of dollars by Samsung and others. This is my goal, to beat Apple, and by doing it myself like I always have.”

It’s unclear if doing it yourself means rebranding an already awful device and selling it as your own. However, Escobar says he plans on hitting Apple with a class-action suit in early January, going for a huge $30 billion payday. Escobar’s brother says he’ll invest $1 million of his own money to start the proceedings. Is that drug money? We might never know.

To get back to the phone’s specs, we’re looking at two 7.8-inch AMOLED screens connected by a hinge, a Snapdragon 8-series processor, 128GB of storage, 20-megapixel and 16-megapixel cameras, a fingerprint sensor, and Android 9 under the hood. Pay $500, and you’ll get a version with 512GB of storage.

The handset has a screen “made of a special type of plastic,” which is “very difficult to break.” Sure.

The handset also has “special security” on board, which makes it harder to scan via Bluetooth. A “thin layer of metal” blocking RFID and “other communications” is also present. Is the phone meant to help protect drug lords shield their illegal operations from law enforcement while simultaneously making them look cool? We might never find out.

You can order it if you so desire, but proceed at your own risk — and yes, you will encounter plenty of marketing materials involving barely dressed models.