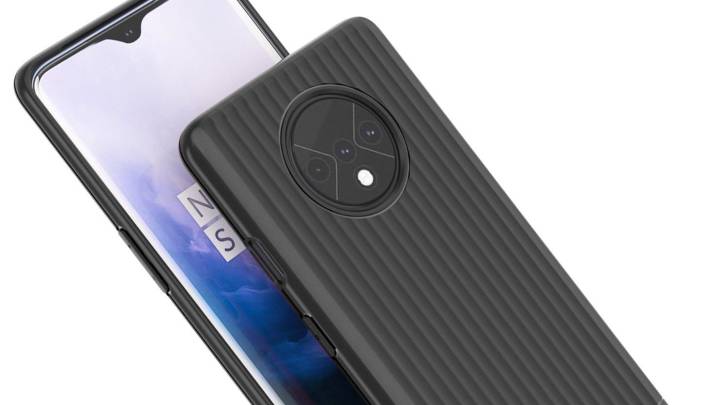 In recent years, virtually every flagship smartphone has leaked in full weeks ahead of launch, from the iPhone X to the Galaxy Note 10. By the time the phone is actually unveiled, we know almost everything there is to know about it, including its design from top to bottom. But for some reason, the OnePlus 7T leaks continue to contradict each other, even as we inch ever closer to its official reveal, leaving us guessing about the final design.

Last month, we shared a leak from prolific leaker @OnLeaks (via PriceBaba) which showed off the purported design for the OnePlus 7T. The renders were surprising because the rear camera array had been completely redesigned, as OnePlus opted for a circular module housing with three lenses lined up horizontally.

But then, about a week later, @OnLeaks returned with a OnePlus 7T Pro leak that suggested the design of the Pro model would be identical to that of the OnePlus 7 Pro. At this point, it’s worth noting that the OnePlus 7 Pro was the phone that OnePlus marketed, and the only model on sale in the US. But a new leak from Slashleaks indicates that OnePlus will rework the design of the standard model while leaving the Pro model alone:

Other than the camera array, the design of the OnePlus 7T appears to mirror that of the OnePlus 7. That means that the in-display fingerprint sensor and teardrop selfie camera are likely to be featured once again. We still don’t know when OnePlus will announce its new phones, but rumors point to a late September launch.