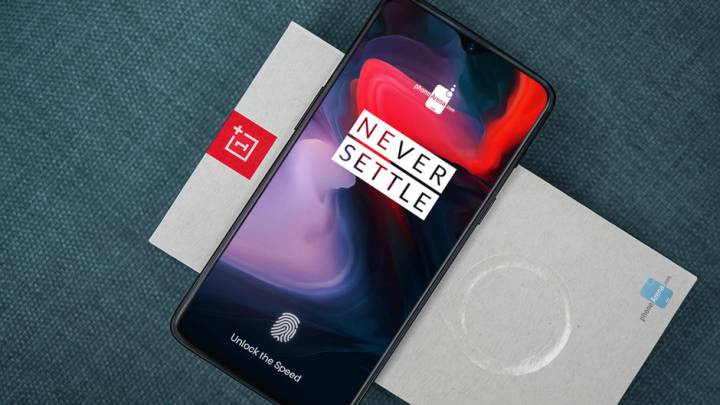 We noticed a slight uptick in OnePlus 6T rumors in the past few weeks, but it was hardly surprising, considering that we expect the Chinese smartphone maker to unveil its second handset of 2018 in the second half of the year. The phone, reports said, will look more like the Oppo R17 Pro than the iPhone X, featuring a teardrop notch, a triple-lens camera system, and a fingerprint sensor under the display. We then saw a leaked OnePlus 6T retail box that seemed to confirm the existence of the phone, its design, as well as several features. Since then, OnePlus confirmed that the OnePlus 6T is in the making and that it’ll have a feature no iPhone has.

OnePlus told CNET that the OnePlus 6T will feature a fingerprint sensor inside the display. This will be a first for OnePlus, which is now joining a slew of Android device makers that have adopted in-display fingerprint sensors. Apple, meanwhile, isn’t expected to add such sensors to the iPhone display.

OnePlus will call the feature Screen Unlock, the company explained:

We unlock our phones multiple times a day, and Screen Unlock reduces the number of steps to complete the action. By adding this feature as an addition to other display unlocking options such as Face Unlock, users will have options to unlock the display in a way that is most efficient for them.

The following screenshot was also provided:

An October 17th date is seen on the screen, but it’s unclear whether that’s when the phone will be unveiled. CNET does say the OnePlus 6T is expected to launch next month.

The company wanted to introduce the technology on the OnePlus 5T last year, but “the technology wasn’t mature to meet [OnePlus’] standards for delivering a fast and smooth user experience.” Apple’s iPhone X was rumored last year to pack a fingerprint sensor under the display, but that never happened.

CNET further explains that the OnePlus 6T will be 0.45mm thicker than the predecessor, because of the extra component that goes under the display. The sensor is an optical one, the report explains. When the finger touches the display, the sensor lights up that screen portion to illuminate the finger. An optical image sensor and AI processor then scan the fingerprint and unlock the screen.

OnePlus also confirmed that the OnePlus 6T will be available on T-Mobile, marking the first time a OnePlus phone is sold by a US carrier.