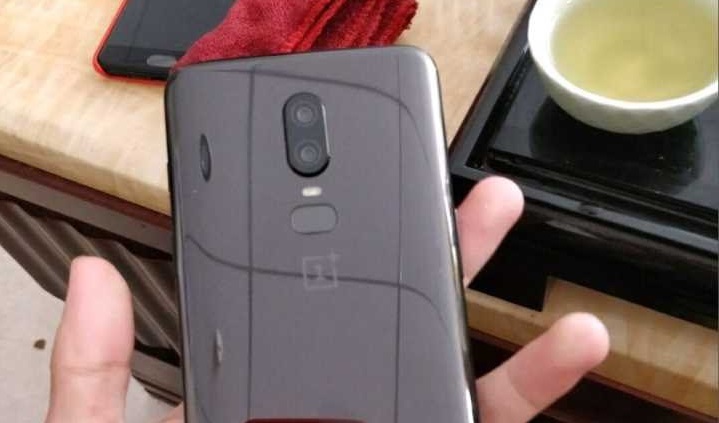 Samsung, Sony and Nokia have understandably been the center of attention this week, as each of the phone makers have unveiled new devices at MWC 2018. One OEM that wasn’t ready to show off its next flagship yet was OnePlus, but on Tuesday, purported photos of the OnePlus 6 leaked online, showcasing a brand new design.

The photos appear to have originated on Chinese social media site Weibo, but have since been deleted. Thankfully, anything that appears on the internet for even a moment is enshrined forever, so you can see the pictures below.

Providing the photos are legitimate, OnePlus has a few genuine surprises in store for 2018. First of all, it appears that yet another flagship phone has adopted the iPhone X notch, as OnePlus explores new ways to push the display even closer to the edges of the body. The OnePlus 5T was the company’s first attempt at an all-screen design, but a notch would give the company even more screen real estate without having to move the camera.

As for the back of the device, OnePlus seems to have rearranged the rear-mounted camera and fingerprint sensor to mirror that of the Galaxy S9+. It would be a fairly drastic move for OnePlus, but it paid off for Samsung, as everyone is praising the new look of the Galaxy S9 and S9+. Why not copy the two best phones on the market?

Considering the source of the pictures has since disappeared, there’s no way to guarantee their veracity, but OnePlus already seemed to be moving in this direction with the release of the OnePlus 5T next year. The company didn’t have anything else to add at MWC 2018, but we expect to see the OnePlus 6 in the next few months.