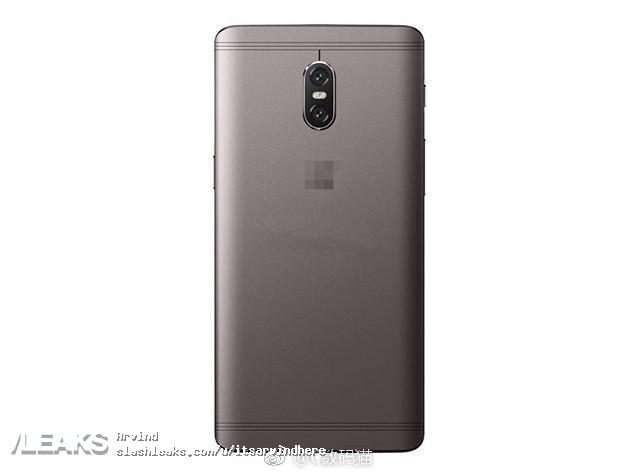 The OnePlus 5’s release date is still a distant speck in the future, but we’ve already seen a frenzy of details leaked. So far, it looks like the OnePlus 5 is shaping up to be a genuine Android flagship for a highly affordable price. Rumors have it coming in at $450, or as we like to call it around here, 0.45 of an iPhone 8.

But while leaked spec sheets have given us a good idea what’s going to be inside the OnePlus 5, that’s arguably not the most important thing. Any half-decent flagship smartphone in 2017 has awesome specs that mean you’re going to have all-day battery life, a great camera, strong performance and a crisp display. The real question is if you can combine that with a design that people actually want to show off.

A new leak from Weibo, via SlashLeaks, suggests that the OnePlus 5 is going to just about pull that off. The leak shows the rendered back of the OnePlus 5. As it’s a render, it could be pure speculation, but the design sure looks a lot like every other leak and render we’ve seen so far. It also remains consistent with OnePlus’s previous design trend: simple, understated, and undeniably elegant.

One of the big talking points on the OnePlus 5 are sure to be the dual cameras on the back, something we’ve seen from most other phone companies this year. OnePlus is already firmly on board the virtual reality bandwagon — the OnePlus 3 launched in VR last year — so it’s possible that OnePlus is planning some VR features to launch alongside the phone.

Other than the camera, the render doesn’t really give us any new details about the phone. More than anything, it seems like confirmation that OnePlus ain’t gonna fix what isn’t broke: simple design, low price, and plenty of power has been working so far.