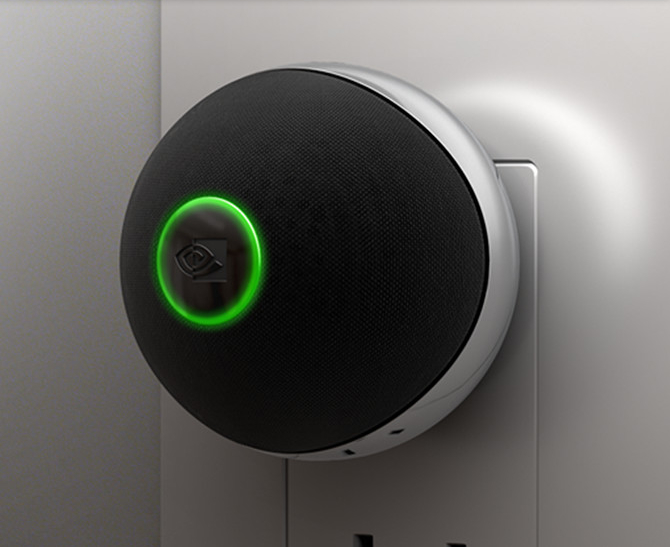 You don’t have to follow CES 2017 too closely to realize that one of the main battles being fought out there concerns virtual assistants. Amazon’s Alexa and Google’s Assistant, which you’d usually find inside the Amazon Echo or Google Home, will come preloaded in a variety of products this year. And some of them might be better than the originals. Lenovo is one company whose Echo rival might be better than Amazon’s, while Nvidia has figured out a way to make a better Google Home than Google.

Lenovo focused on sound quality to one-up Amazon, while Nvidia thought of a different problem that needs fixing. These home assistants are great and all, but they’re static. That can be an annoyance in a large house, since they won’t hear your commands from every room. That’s what Nvidia’s Spot sets out to fix.

Unveiled at CES, the Spot is a hybrid microphone and speaker that brings Google Assistant to every room of the house. You know, just like Amazon’s Echo Dot does for Alexa.

That sounds great, but there are some drawbacks. You’ll still need to buy the new Shield TV to serve as the central hub for all your Spots. The Shield is also going to be the first Android TV product to come with Google Assistant support out of the box. Priced at $199.99, the Shield is already available for preorder and should ship later this month to buyers in the US, Canada, and select European regions.

Furthermore, each Spot will cost you $49.99, so the more rooms you need to cover, the more cash you’ll have to shell out to cover your entire home with Google’s Assistant.

It’s unclear at this time when the Spot will launch, as Nvidia only said it’ll be released at some point in the coming months.