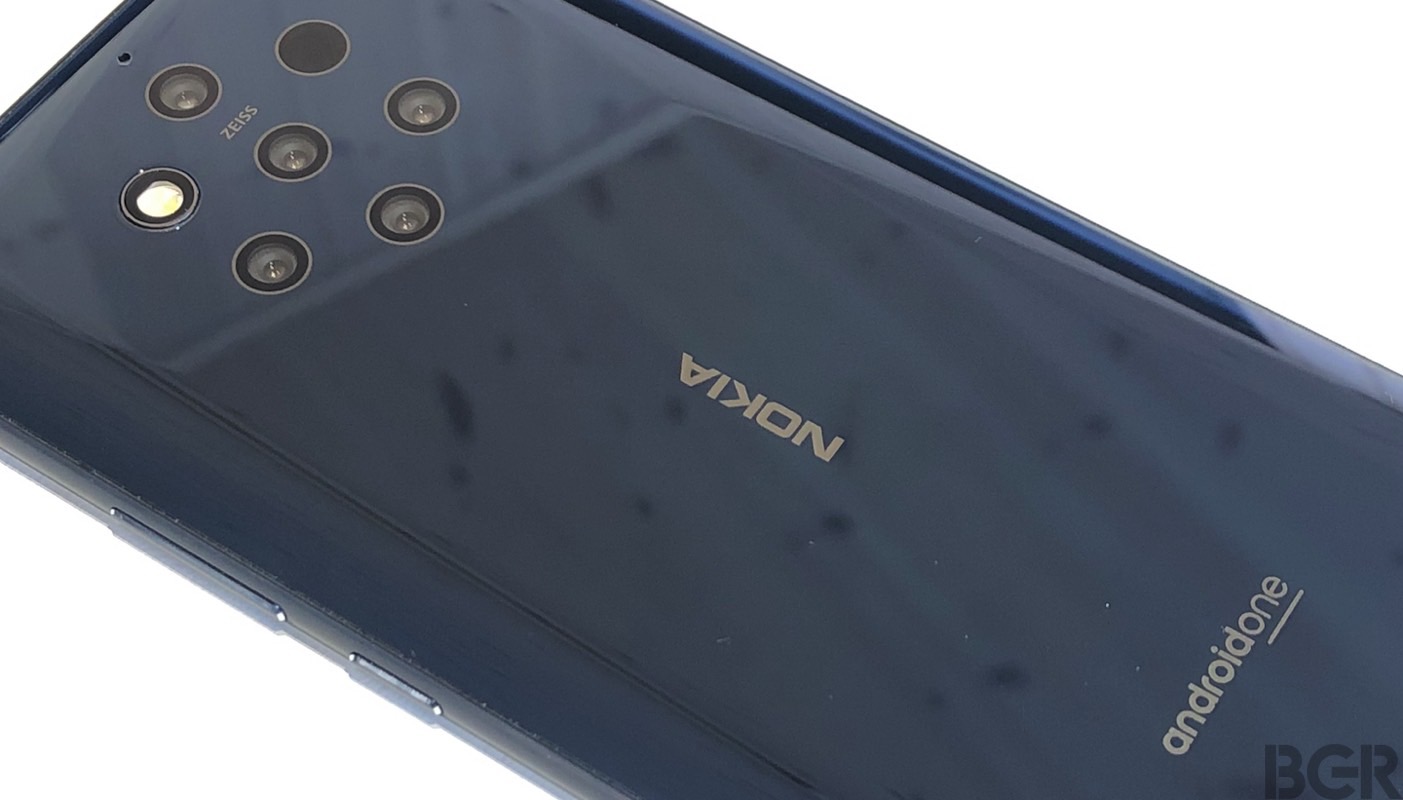 The world’s only phone with five cameras on the back is the Nokia 9 PureView flagship that was unveiled a few days ago. The handset sets a high theoretical bar for competitors that are focused on dual, triple, and quadruple lens cameras, promising an unparalleled camera experience.

I left my short hands-on meeting with HMD Global and Light impressed with what I had just heard and seen when it comes to camera features. The Nokia 9 sure sounds like the phone to beat when it comes to mobile cameras. However, it’s not the most impressive all-around flagship of early 2019.

Let’s start with the Nokia 9’s design. The Nokia 9 PureView features a glass sandwich design like most smartphones — a chassis made of machined aluminum sits between two Gorilla Glass 5 glass panels. That means it supports wireless charging right out of the box. A profile of just 8mm is enough to make sure that none of the rear cameras stick out from the seamless glass panel, and there’s no fingerprint sensor on the back either. The sensor is embedded in the massive 5.99-inch pOLED screen, which also seems to be the norm for 2019 flagship devices.

But unlike other competitors, the phone has no notch at the top. The top and bottom bezels are noticeable as well, especially if you compare the phone to other handsets unveiled in the past few days, including the Galaxy S10 series, the new LG phones, and the Sony Xperia 1. HMD told me that it’s using a variety of display designs across its product line, and already uses notch screens on the brand new mid-rangers that will join Nokia’s lineup this year. But the Nokia 9 PureView has what they call a “classic Nokia” design.

Moving on to specs, the Nokia 9 will get you almost everything other phones have: a large 2K display, 6GB of RAM, 128GB of storage, great sound, 802.11 ac Wi-Fi, Bluetooth 5.0 and support for Cat. 16 LTE. The processor, however, is the same Snapdragon 845 that powered all the flagships of 2018. HMD said there’s no Snapdragon 855 version of the phone in the works, but insisted the Snapdragon 845 has never been used to this extent, as HMD, Qualcomm and Light pushed the limits of what it can do in terms of camera performance.

This brings us to the best thing about the Nokia 9 phone: The camera performance. The front-facing shooter features a 20-megapixel sensor as well as support for 2D face unlock. It’s not comparable to Apple’s Face ID or LG’s new Z Camera face unlock, but HMD says the selfie cam has built-in features to prevent spoofing.

The main camera, meanwhile, packs five 12-megapixel Zeiss lenses, which work together to capture 60 megapixels of data for every image. Time and time again, Light insisted on the tremendous amount of information the two RGB and three monochrome sensors bring in. The overlapping fields of view allow the phone to capture more data than competing devices, I was told, ensuring better bokeh effects, improved zoom, better color reproduction, and more detail.

Each photo comes with 1,200 layers of depth, Light explained, allowing for a more superior depth map than any other phone. The direct result is that you’re able to refocus and adjust the bokeh effect after taking a photo. The bokeh itself looks more in line with what photographers expect from cameras, offering progressive blur effects for the elements in the background, rather than a uniform bokeh around the subject.

Thanks to its monochrome lenses, the Nokia 9 should deliver better black and white photography than other smartphones. Again, each final 12-megapixel photo is the combination of five distinct shots, which means each monochrome sensor snaps a picture each time the shutter is pressed. This happens over and over for every image, whether you’re shooting with default settings or whether you opt for manually configuring the settings for each shot.

But all the complexity involved in processing a 60-megapixel photo into a single 12-megapixel, data-rich image will not take a toll on the camera and phone experience. Even though the phone captures a tremendous amount of data — up to 240-megapixels of information from four consecutive shots in very demanding photo sessions — it’s able to offer a preview instantly, and the whole thing is handed over quickly to the Snapdragon 845 platform. In short, you’ll be ready to take the next shot as soon as you’re done with the first one.

Processing isn’t handled just by the CPU; the GPU and image co-processor are also involved. And it all happens very fast. HMD and Light execs stressed that they worked closely with Qualcomm to optimize and streamline the entire processor. As I said before, HMD says that the Snapdragon 845 has never been utilized to its full power, something that camera fans should take into account when buying their next device.

That said, time will tell if the Nokia 9 PureView can live up to expectations, but thorough camera reviews will be needed for that. If you want Nokia 9 camera samples right now, you can head over to the camera section at this link. Pro-photographer Konsta Punkka also shot plenty of photos with the phone as well, and some of them are available on Instagram (see above).

Light, meanwhile, will partner with other smartphone makers for multi-lens cameras, including Xiaomi and Sony.

The Nokia 9 PureView will cost $699 in the US when it launches later this year. That’s at the high-end of the spectrum, but still cheaper than competing 2019 flagships. Before you ask, a 5G version of the phone isn’t in the works, as far as we know — HMD will not discuss any 5G plans at this time.

Aside from the Nokia 9 PureView flagships, HMD launched four other phones at MWC 2019, which will hit various markets in the coming months. The list includes the Nokia 210 featurephone, the Nokia 1 Plus entry-level Android handset (featuring a replaceable battery), and the Nokia 3.2 and Nokia 4.2 mid-rangers, which will include notch designs, Google Assistant support, buttons that light-up with incoming notifications, and affordable prices.

Finally, one thing to remember when buying a Nokia phone is that they come with the latest operating system on board — Android 9 Pie in this case — and they’re probably going to be among the first non-Pixel devices to get Android Q when it’s available.