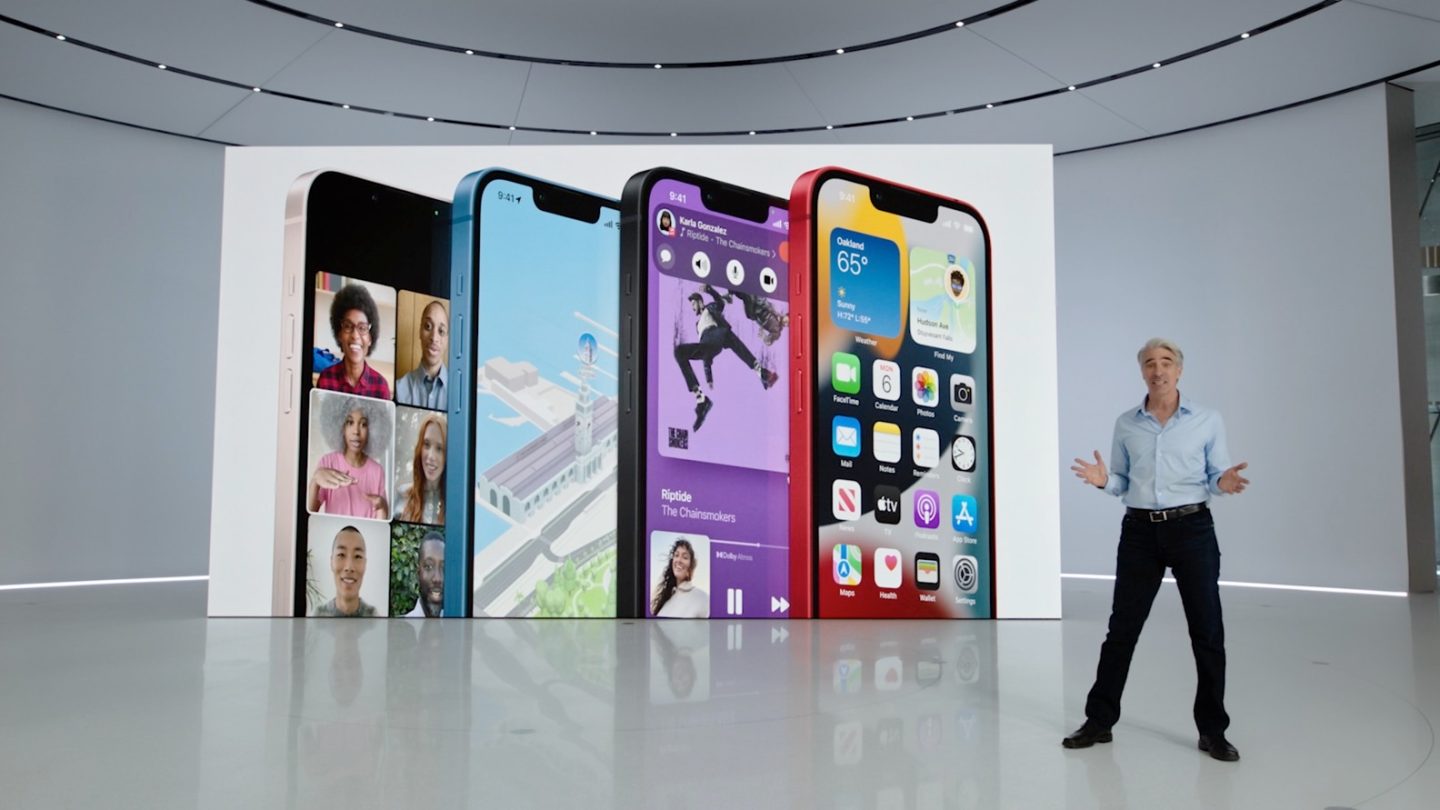 Well-known insiders have unanimously predicted that Apple’s WWDC 2022 event would not deliver the introduction of realityOS. That’s the name Apple will use for the operating system that will power its smart glasses soon, an OS name that Apple apparently trademarked already. The same leakers said that Apple won’t bring the first mixed reality headset at WWDC, as the device is not ready to hit stores. But, if you knew where to look, realityOS was present at WWDC 2022.

The building blocks of the operating system already exist in the various operating systems that will work with realityOS. iOS 16 and iPadOS 16 are easily the starting point of data. And Apple already demoed a few core technologies that it absolutely needs to turn the mixed reality headset and the future AR glasses into devices people want to buy. Devices that can kill the iPhone.

What realityOS glasses need to do to be successful

Reports detailing Apple’s various smart glass products said that Apple is working on two types of devices that realityOS will power. The first one is the mixed reality headset, coming as soon as next year. The second is the AR-only glasses set for later this decade, which should look just like regular glasses.

The mixed reality glasses will be the gateway drug to the future. It’ll be the bulkier of the two and the one that tech companies can manufacture right now. Apple rivals have devices in stores that deliver only virtual reality (VR) features. They’re much cheaper than Apple’s rumored $2,000 price tag for the mixed reality glasses. And they focus on games and content consumption.

Apple supposedly wants users to rely on the mixed reality glasses for communications, games, and media. Moreover, Apple will probably want to integrate the glasses with other types of apps, not just the kind of applications you’d use for leisure.

With all that in mind, Apple will need realityOS to be a familiar operating system that offers access to sophisticated but familiar experiences. The OS will need to provide access to many apps, including AR and VR apps based on current iPhone and iPad apps and brand new creations. And it’ll require developers to want to create all those mixed reality experiences.

Once that’s done, the killing of the iPhone can happen, with realityOS-based AR glasses at the center of that experience.

The AR and VR features that Apple showed at WWDC 2022

It might sound like wishful thinking; cherry-picking iOS and macOS features and aligning them to the idea that Apple is developing realityOS and mixed reality glasses. Such rumors can never be confirmed. But such rumors aren’t entirely wrong either.

What’s interesting about the entire WWDC 2022 event is not that Apple did not unveil realityOS. But the company made no explicit references to AR or VR. The former is of particular interest to Apple, yet Apple chose not to reveal any new AR features for iOS 16.

Forget realityOS; look for the word “reality” in the WWDC 2022 press releases, and you won’t find it.

However, the entire event showcased technology that will serve realityOS down the road. You just had to pay attention.

The new lock screen widgets in iOS 16 are like Apple Watch complications for the iPhone. But they will work on other types of devices to display the kind of content you need to be aware of at a glance. Say a wearable headset or a pair of AR glasses. Live Activities would be especially useful if you want to have information like sports scores or workouts details in the corner of your eye.

The mixed reality headset should also be a communication device, which implies support for all sorts of communications. That might be text, voice, and video. Or a combination thereof. This brings us to the iOS 16 Messages update that lets users undo send and edit messages. But it’s not that part of the iOS 16 presentation that screams mixed reality support.

Apple made changes to dictation on iOS 16, so you can combine voice and touch. That’s the kind of functionality that smart glasses running on realityOS will require. You’ll need a dependable voice recognition system to do things on mixed reality glasses, including dictating messages.

But Apple’s gadget might track gestures as well, which might be turned into touch typing with the help of a virtual AR keyboard. I am only speculating here, but it’s very likely that realityOS will bring support for simultaneously inputting data via voice, touch, and gestures.

Apple also demoed a new API for developers that lets them use Siri without a setup at WWDC. That’s likely a precursor for adding Siri support to realityOS apps without hassles.

Live Text also got a significant upgrade in iOS 16, as the feature now supports video playback. You can pause a video to interact with the text. And that’s the sort of feature you might want on realityOS glasses in the future. Unsurprisingly, developers also get access to a new Live Text API.

If that’s not enough, iOS 16 will let iPhone users touch to hold an image and pick the subject out of the background. That’s a feature that screams mixed reality, especially if paired with gestures. It’s not precisely Minority Report, but we’re getting there.

The expansion of new Apple Maps to other markets and the growing support for 3D View will also benefit mixed reality glasses. Navigation and directions is easily one of the most exciting apps for the realityOS AR glasses of the more distant future. Unsurprisingly, developers will also take advantage of the new MapKit improvements unveiled at WWDC 2022 well ahead of the realityOS arrival.

One useful Apple Maps feature that has potential for mixed reality experiences is the support for grabbing Street View imagery right into apps. Street View (well, Look Around for Apple) will undoubtedly be an exciting experience on mixed reality glasses.

The Family Sharing revamp that Apple brings to iOS 16 and iPadOS 16 can certainly work on realityOS in the future. The upcoming mixed reality glasses might be the kind of Apple gadget that’s shared around the house. The type of device that parents should be able to set up for children and control with ease.

Password-less logins via passkeys is also the kind of functionality that could benefit smart glasses. Users might log into their apps immediately by simply wearing the headset next to their iPhone.

It might look like any iOS 16, or iPadOS 16 feature can be adapted for a mixed reality experience. And that anyone can make such connections, even though they’re not based on factual information. But that will be the point of realityOS. To convert the current smartphone, tablet, and computer experiences into familiar but different AR/VR experiences.

realityOS glasses will be part of a larger ecosystem

Tracking health and fitness with the iPhone’s new Fitness app might not seem related to realityOS plans. But using more sensors that a person wears for health tracking can undoubtedly improve the quality of the data. And smart glasses will be wearable devices packing lots and lots of sensors. Not to mention that some of the VR experiences might involve plenty of exercise.

Also, there’s Continuity, with Apple having demoed FaceTime support at WWDC 2022. You can move between devices and continue FaceTime-ing your fans. That’s another feature that realityOS glasses can benefit from in the future. The device should support all sorts of communications, not just texting apps.

Finally, the Freeform app that Apple unveiled at WWDC 2022 combines collaboration with video messaging. It’s the kind of app that could benefit realityOS devices and grow into a real-life Minority Report-like computing experience.

There’s also one big category of apps that Apple desperately needs on its first-reality OS device, and that’s games. Not Apple Arcade games, but powerful, console-grade games. That’s because the realityOS glasses will be powered by an M-series processor. Like the M2 chip that Apple just unveiled at WWDC 2022.

The M-series chip can offer fantastic gaming performance. But Apple needs more developers to get onboard. And it needs them to turn their VR titles into games that buyers can play on devices featuring M-series chips. Like the first-gen mixed reality glasses.

The hardware part of Apple’s WWDC 2022 event is also essential for realityOS. The glasses will need powerful and efficient processors capable of dealing with intensive games and regular iPhone apps. The M2 segment at WWDC 2022 shows that Apple is ready to deliver significant chip upgrades.

Apple talked about speed gains, efficiency improvements, memory bandwidth, and latency. These will all be crucial details for powerful realityOS glasses.

Even the fast-charge support in the new MacBook Air is the kind of feature that will benefit the AR/VR headset. The gadget is rumored to work for a few hours on a charge. Getting the battery up to 80% in 20 minutes is something users will want.

With all that in mind, it sure looks like the tentpole features of realityOS already exist, and they’re built right into the various operating systems that Apple updated at WWDC 2022.