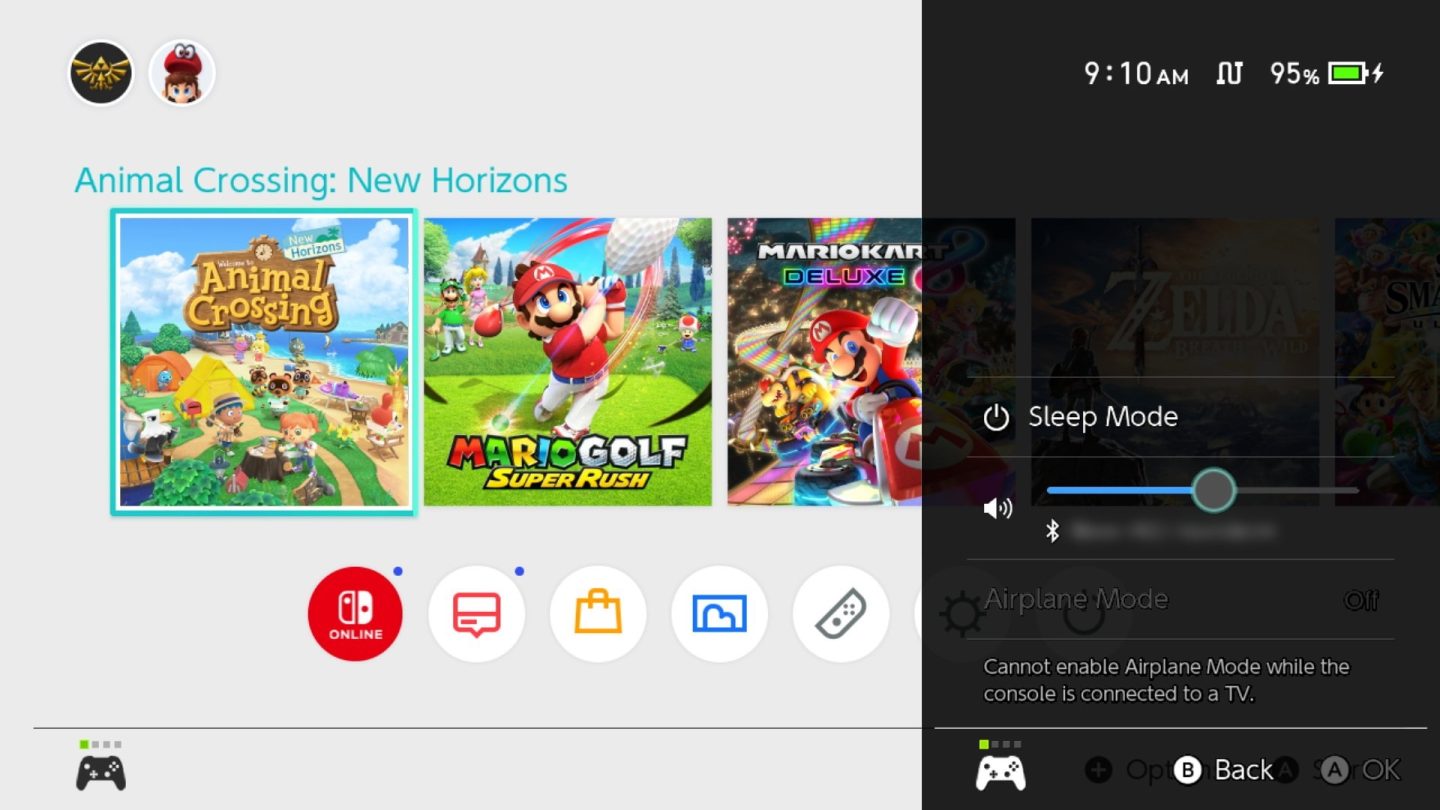 Nintendo operates very differently than any of its competitors. This is one of the many reasons that Nintendo is so beloved by so many gamers. At the same time, it is also why Nintendo drives us crazy so frequently. For example, Nintendo decided not to include Bluetooth audio on the Switch at launch. In fact, four and a half years later, Nintendo still hadn’t rectified this bizarre oversight until a surprise update dropped this week. As of version 13.0.0, the Switch supports Bluetooth audio.

According to Nintendo’s release notes, you can now pair headphones, earbuds, speakers, and other audio devices that connect with Bluetooth to any Nintendo Switch console for audio output. This will not extend to Bluetooth microphones. You’ll still have to use the Nintendo Switch Online app to voice chat with your friends. You can also only connect up to two compatible wireless controllers when you are using Bluetooth audio. There’s always a catch when it comes to Nintendo.

Although Nintendo’s support for Bluetooth connectivity is still lacking compared to the PS5 and Xbox Series X, there are a few neat features. While you can’t pair more than one Bluetooth device to your Switch at a time, you will be able to save up to 10 devices on your Switch.

The latest #NintendoSwitch update is now available, including the ability to pair Bluetooth devices for audio output.

For more information, including restrictions on some features while using Bluetooth Audio, please visit the support page: https://t.co/vzAB6lZTDu pic.twitter.com/6J5xcDl5kU

Bluetooth audio support is the highlight of the Switch update, but there are other additions as well. There is now an “Update Dock” button under System in System Settings. In order to update your Nintendo Switch dock, it needs to have a LAN port. For what it’s worth, I’ve had a Nintendo Switch since launch, and my dock was up to date when I checked on Wednesday.

Nintendo also added a new “Maintain Internet Connection in Sleep Mode” option under Sleep Mode in System Settings. This one is pretty self-explanatory. As long as your Switch is on a wired internet connection, it will remain connected to the internet even after you put it to sleep. That way, you can still install software and new content while the Switch is in sleep mode.

Finally, Nintendo has changed the method to initiate “Calibrate Control Sticks” in System Settings. From now on, if you want to calibrate your control sticks, you’ll need to go to System Settings > Controllers and Sensors, and select Calibrate Control Sticks. After that, fully tilt the control stick in any direction and keep holding it like that for a few seconds to start the process.

How to install the latest Switch system update

The update should download automatically if your Switch is connected to the internet. If not, head to System Settings > System > System Update to manually start the update. Once that’s complete, the Switch will prompt you to install the update. The console will then restart.