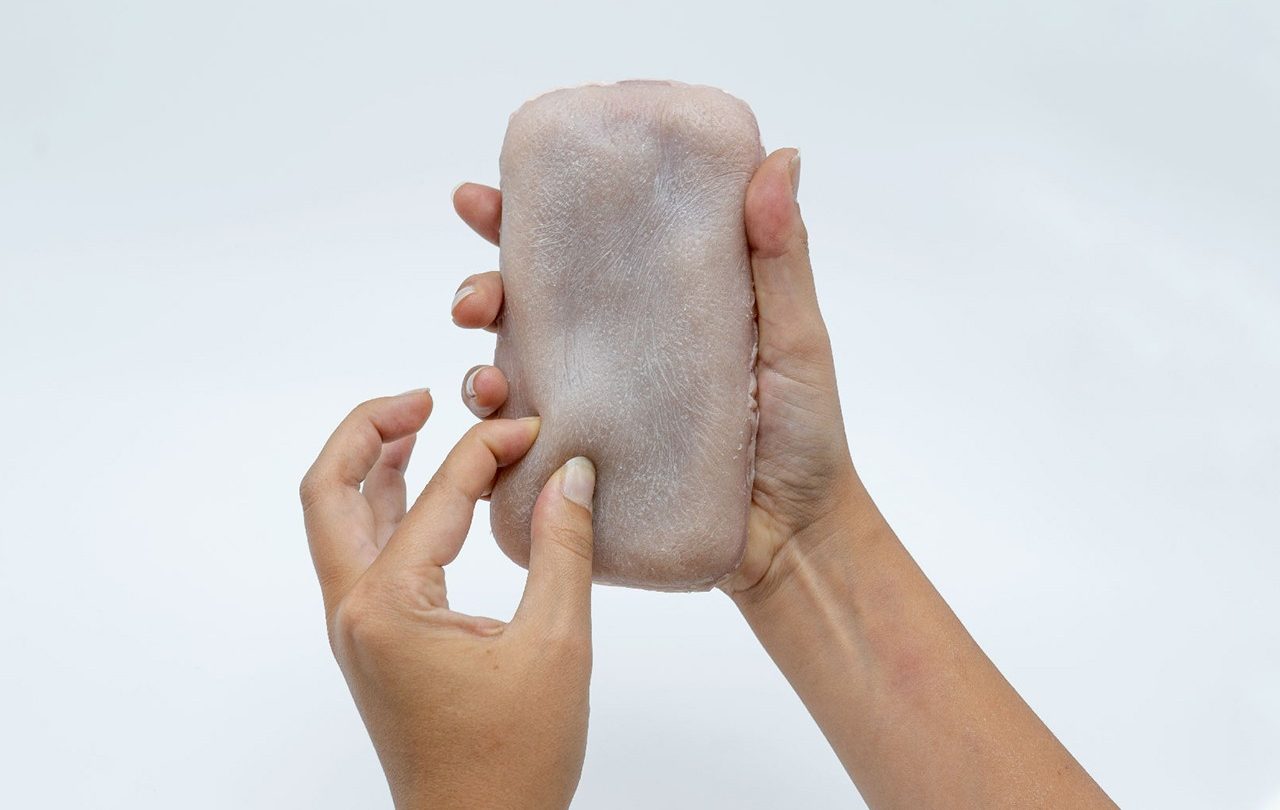 If you’re the kind of smartphone owner who’d prefer to have your device protected by a case that feels squishy and a little like human skin, your prayers have finally been answered.

A team of researchers has worked up a prototype of exactly that, a phone case that mimics the texture of human skin and responds to touch commands as well as some other creative things. As envisioned, tickling the skin, for example, could end up producing laughing emoji in a text message. “I wanted to pinch my phone,” one of the researchers, Marc Teyssier, told New Scientist. He just, apparently, also wanted it to feel … a little different than your phone when he does so.

We kid, we kid (which Marc actually doesn’t seem to appreciate too much):

The case can also double as a skin-like laptop touchpad, which can respond to touch inputs and the gestures you’d expect like sliding to scroll up and down. “Human skin is the best interface for interaction,” Teyssier says on his website. “I propose this new paradigm in which interactive devices have their own artificial skin, thus enabling new forms of input gestures for end-users.”

Elsewhere on the site, he adds that:

“When we interact with others, we use (our) skin as interfaces. However, the objects of mediated communication — such as the smartphone — still (have) a cold interface that doesn’t allow natural interaction and input.
In this project, I wanted to make available the perfect human interface that is the skin for existing devices.” His point being, when we interact with other people we touch skin a la a handshake. So in our smartphone usage, it would apparently feel natural to include skin in the exchange. I think.

At any rate, this research was conducted at Bristol Interaction Group, in the United Kingdom, with researchers who hail from Telecom ParisTech, HCI Sorbonne Université and French research laboratory CNRS. Teyssier also gave a presentation on the technology in recent days at the User Interface Software and Technology Symposium in New Orleans.

This is profoundly wrong and I want one immediately.

“Forget protective covers – there are now skin-like phone cases that respond to being pinched and tickled. https://t.co/16oQ0mnQgY