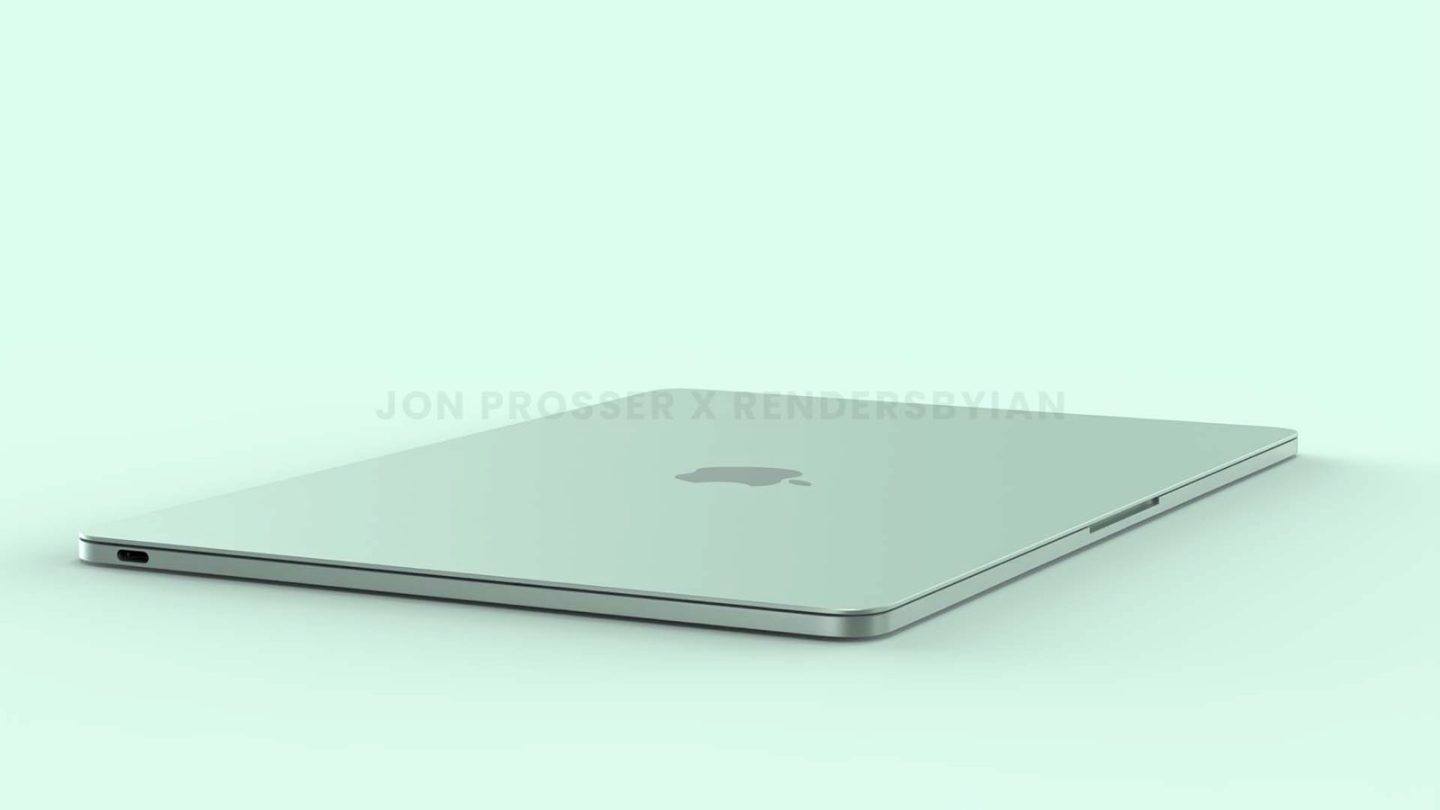 MacBook rumors say there’s only one big upgrade that Apple plans for this year, and that’s the 2021 MacBook Pro. The Air is due for a massive redesign as well, but it’s not coming until next year. That’s what recent reports said, and a trusted insider is back with more details about the extensive MacBook Air redesign. The laptop will come in multiple colors, a claim that we heard before. The leaker adds that the 2022 Air will resemble the redesigned Pro notebooks. More importantly, the new MacBook Air will also offer buyers a massive display upgrade, in line with the Pro.

Last November, Apple blurred the lines between the MacBook Air and Pro when it unveiled the M1 custom processor. Both 2020 Air and Pro models rocked the same silicon. The M1 also ended up inside the 2020 Mac mini, 2021 iMac, and 2021 iPad Pro models. This meant that the Air and Pro would offer the same performance. Well, it’s almost the same, as the basic Pro has an extra GPU core and active cooling that allows it to run resource-intensive tasks for longer periods.

Performance aside, the MacBook Air and Pro still have distinctive designs. However, if Ming-Chi Kuo’s latest claim is accurate, the new Air will look just like the MacBook Pro that Apple is about to introduce.

According to MacRumors, the analyst said in a new research note that Apple plans to launch a new MacBook Air in mid-2022.

Kuo said that the new Air will be available in various colors, which is what other leakers said earlier this year.

More important than the color options or the design is the screen upgrade. The new MacBook Air will feature a mini-LED screen. That’s the same display technology Apple used for the 12.9-inch iPad Pro this year. The 2021 14-inch and 16-inch MacBook Pros will also feature mini-LED screens.

Kuo claims that Chinese screen manufacturer BOE will provide the mini-LED screens Apple will use for the MacBook Air. Meanwhile, LG, Foxconn’s GIS, and Sharp will make mini-LED displays for the MacBook Pro models.

Finally, the analyst might also have some news about the Air price. He said it’s not certain whether Apple will keep selling the M1 MacBook once the mini-LED model arrives. If the M1 MacBook Air remains in stock, then it’ll stay the cheapest Air in Apple’s lineup. If the M1 model is discontinued, the new MacBook Air will start at $999.

This prediction implies that the MacBook Air isn’t getting any chip upgrade this year, while the MacBook Pro will supposedly move to the M1X chip.