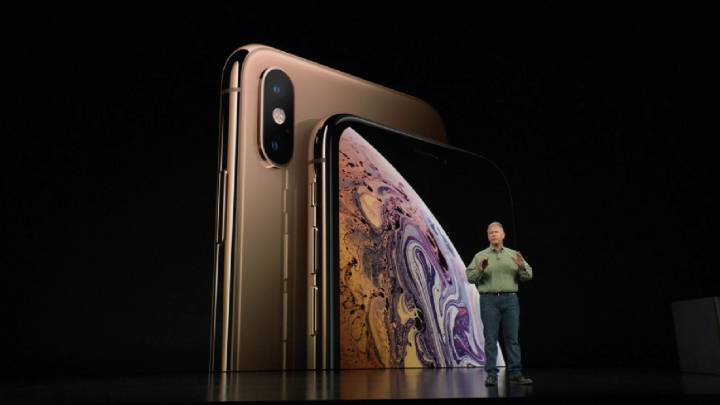 If you’re not among the tech cognoscenti and find yourself a little confused by the new naming conventions of the latest iPhone models, you’ve got company. Ken Segall, a former Apple creative director who worked closely with Steve Jobs, not only thinks the growing string of characters attached to new iPhone names (like XS, XR and XS Max this year and 8, 8 Plus, X and SE last year) are “needlessly complicated.” In a new blog post, the guy who came up with the name for the original iMac and who was closely involved with the famous “Think Different” ad campaign argues that with each new iPhone name, Apple seems to be “waging a war against common sense.”

“Every September, I eagerly await the unveiling of the new iPhones,” Ken writes by way of beginning his post. “I also feel a sense of dread, wondering what Apple is going to call them.”

Last year’s models, he goes on to argue, “set new standards for complexity. We had an 8, 8 Plus, X and SE. That’s two numbers, one Roman numeral, one paring of letters, plus an odd numerical gap between 8 and 10. Or, in Apple lingo, between 8 and X. It’s hard to imagine how a family of only four products could end up with such needlessly complicated names — especially coming from the company that wrote the book on simplicity.”

So how does he feel about the newest models?

Well, first, he does like that they all share an “X” in the name as a common identifier. He also likes that with the newest releases, the company has moved past “the naming monstrosity that was the iPhone SE.” However, he does think Apple remains mired in four naming problems of its own making.

One is the unveiling of an “S” model every other year, unintentionally reinforcing that those are “off-year” models for Apple. It’s an unfortunate misconception, he argues, because some of Apple’s most important updates, such as the introduction of Siri and Touch ID, have come in “S” models. “If you thrive as an innovator, and you compete with companies that introduce a new generation every year, why on earth would you train your customers to believe there are ‘on’ and ‘off’ years?”

He goes on to bring up the “X” or “10” problem — potentially confusing customers about which one you mean, which one you actually say. And then there’s the introduction of the “R,” which doesn’t immediately imply a specific meaning to a normal customer, especially when paired with the “X,” he writes. “I suppose that with the disappearance of the SE, we need a good enigma to take its place.”

Finally, he addresses the styling of the “S” — specifically, whether it should be a big S or a little one. “Inconsistencies drive me crazy,” Ken writes. “In Apple literature, it’s a small s. In ads from Verizon, AT&T, T-Mobile and Best Buy, it’s a big S. Can we hold Apple responsible for its partners’ ads? Hell, yes. Apple makes and enforces a ton of rules for anyone authorized to sell its products. The devil is in the details.”

It’s also fair to wonder if the average customer — a student, a single mom, a busy lawyer, a schoolteacher, whoever — if these new model names are really intended for them. If Apple really thinks the average customer will walk into a store and ask for something other than “the new iPhone” or the biggest one. Or anything beyond playing with the one that feels the best in the hand and looks the best. On the one hand, it’s silly to spend too much time on either side of the divide of this “are the names too complicated” argument. Unless the point is something deeper — unless the case you’re really trying to make is whether Apple has lost something in the process, if a certain magic simplicity that used to characterize its products is gone. That may be what Ken is really getting at. But if it is, well, there must not be too much of a naming problem that’s complicating and turning off customers — because as we all know, Apple is still fantastically good at making and selling iPhones.