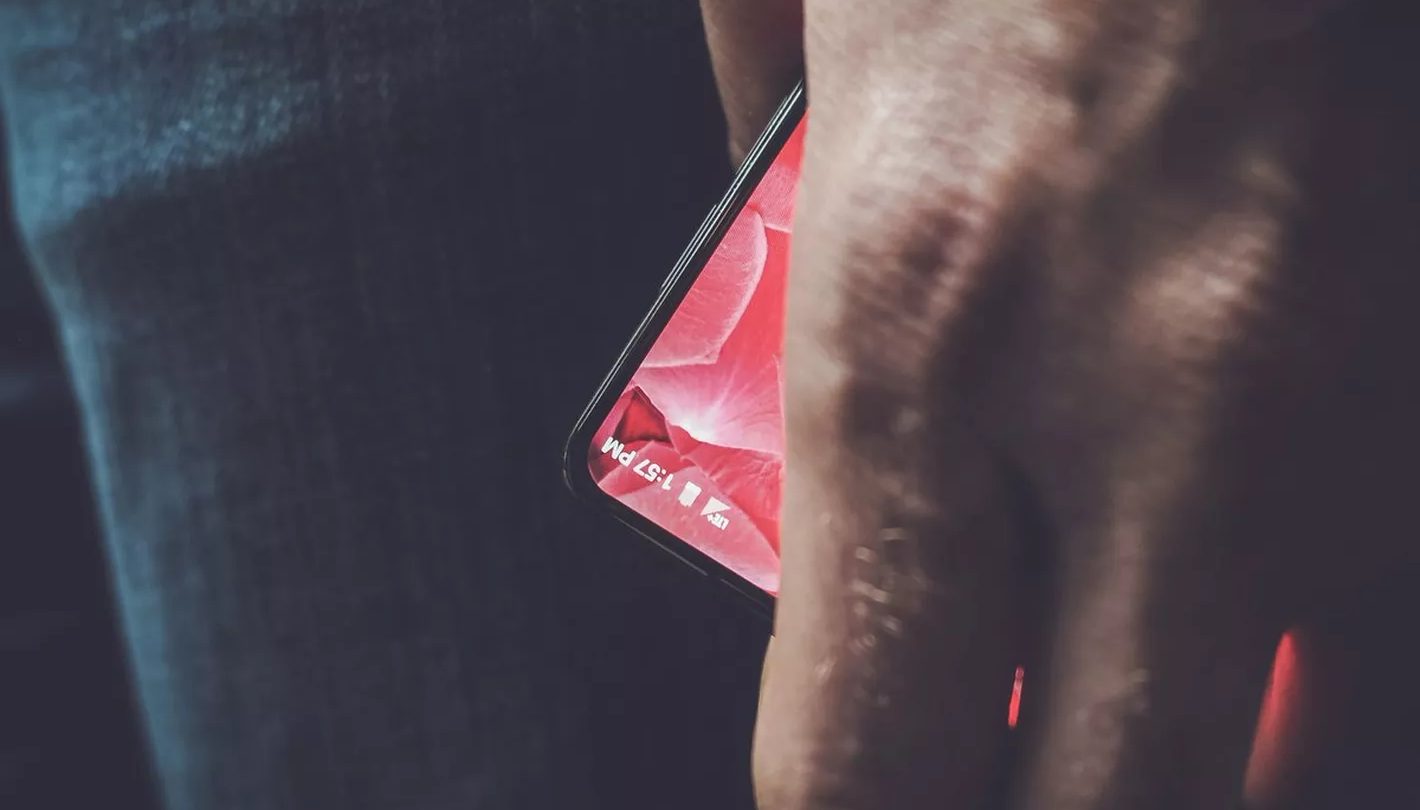 Andy Rubin, one of the co-founders of Android and a man who will never have to buy a drink in a bar full of developers, is working on something new. His company Essential is known to be working on a premium new smartphone to challenge the iPhone 8 and Galaxy S8, and in a photo published to Twitter today, we got our first look at the device.

From the photo that Rubin posted, we can tell a couple of important details about the upcoming device. Firstly, it’s following the trend of premium smartphones in 2017 and putting major focus on removing bezel. Just from seeing the top-right corner, we can tell that there’s very little bezel on the top or sides, with the screen extending virtually to the edge of the device.

It also looks a lot like it’s running a skinned version of Android, as the notification area and clock in the top-right looks exactly like every other Android phone. There’s a physical button of some kind along the right-hand side, and beyond that, we know nothing.

It’s an almost impossibly tall order for a startup to build a high-end smartphone to challenge the best of Samsung and Apple these days. Between the size of the R&D teams, existing agreements with retail stores and cell carriers, and brand loyalty, it’s not just a matter of building a phone that can compete with the Galaxy S8. It needs to be better and ideally cheaper than whatever Samsung can offer, but if anyone can pull it off, it’s probably the guy who brought us Android.