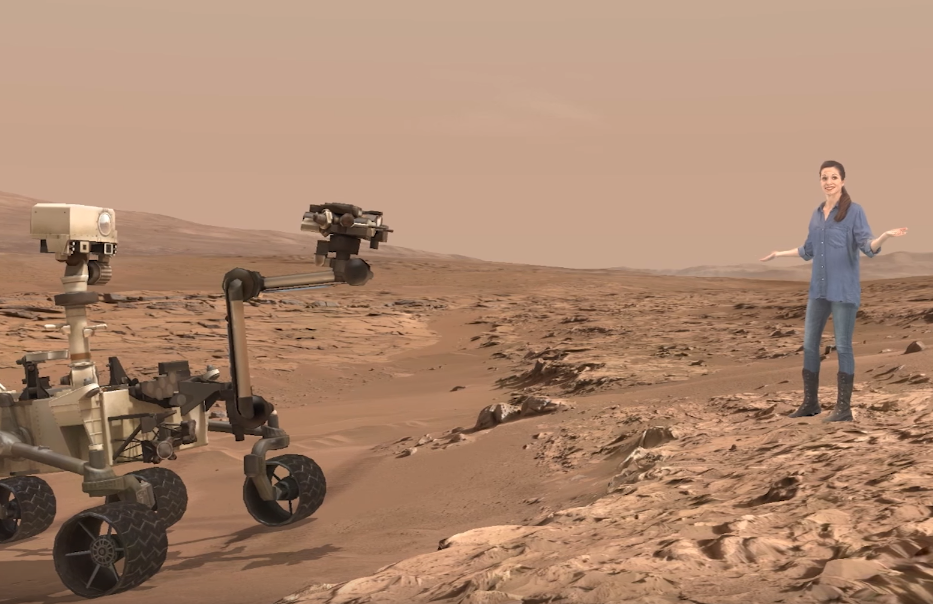 Microsoft didn’t make too many splashy headlines during the opening of its Build conference on Wednesday but it did show off some really cool new technology related to both artificial intelligence and mixed reality platforms. When it comes to the latter, the company announced that it’s teaming up with NASA to create a new experience where people can take a virtual walk on Mars with the help of Microsoft’s HoloLens headset.

FROM EARLIER: A man completely destroyed Wheel of Fortune, and the Internet is in awe

You’ll be able to experience this virtual tour of the red planet this summer if you visit the Kennedy Space Center Visitor Complex in Florida. NASA has recruited legendary astronaut Buzz Aldrin to serve as a holographic tour guide and he’ll be assisted by Curiosity Mars rover driver Erisa Hines. Along the way, you’ll stop by several of the locations that the Curiosity rover has visited in its years on Mars, which means you’ll get a virtual look at some of the planet’s most prominent landmarks.

In addition to this virtual Mars tour, NASA says it is also “developing mixed reality applications in support of astronauts on the International Space Station and engineers responsible for the design and assembly of spacecraft.” In other words, it’s only scratched the surface of what it can do with HoloLens.

Check out a full video showing off the new Destination: Mars project below.