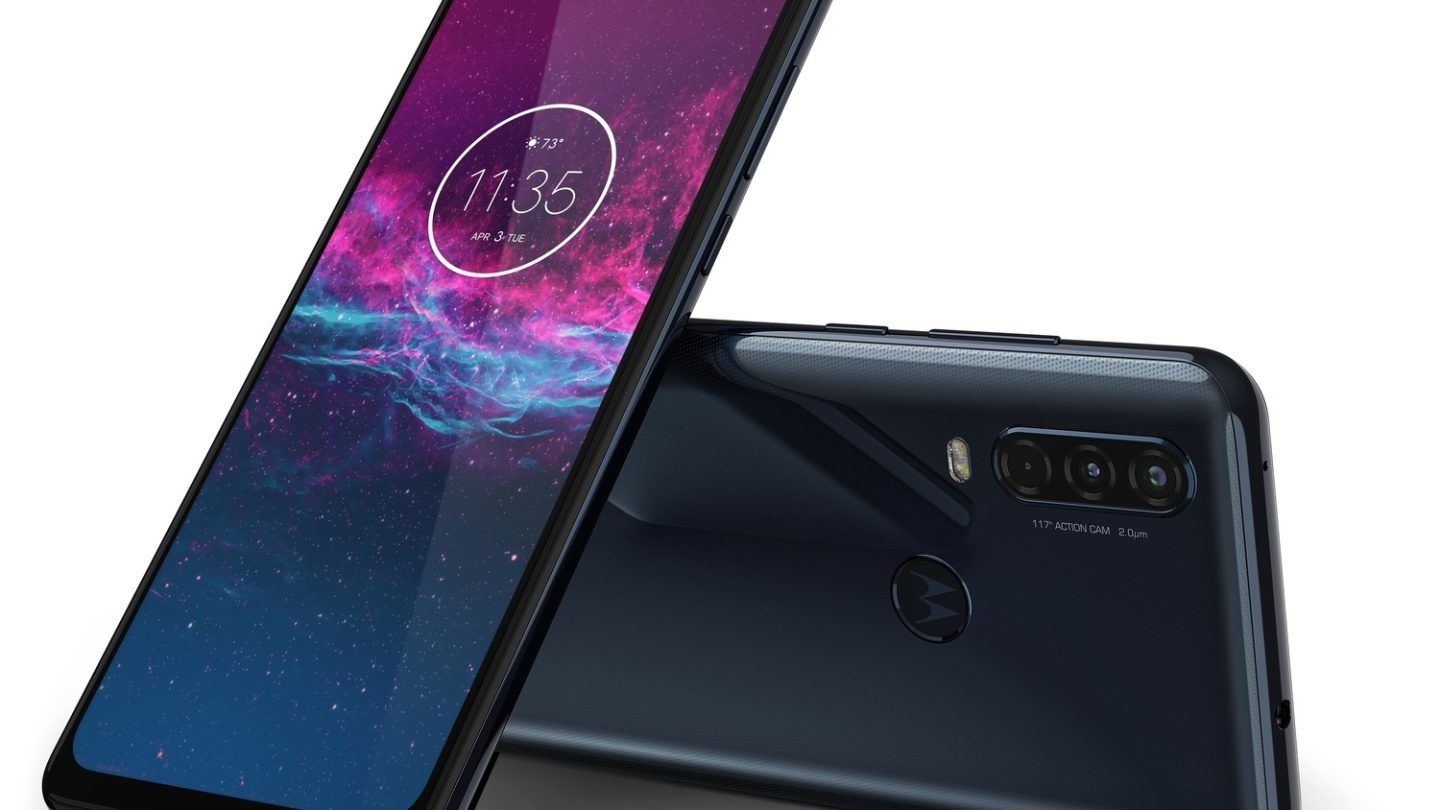 The rumor mill had been anticipating an announcement over the last few days of a new addition to the Motorola One series, and on Friday morning Motorola went ahead and made it official by unveiling the Motorola One Action. It’s a new handset available in several countries starting today with features that include a triple-camera setup and a 21:9 Full HD+ display with a hole-punch design. The phone also touts a 3500 mAh battery that provides a full day of power on a single charge. It’s part of a continued attempt to position the Motorola One franchise such that it allows Motorola to continue growing in the mid-tier segment of the marketplace, and it should go far in attracting interest considering all the great features you get at such a reasonable price point.

In terms of pricing and availability, the Motorola One Action is available as of Friday in Brazil, Mexico and “various European countries” starting at €259 (around $287). A rollout to other countries in Latina America, elsewhere in Europe and in Asia is planned for the coming months, with availability in the US and Canada set for early October.

By way of prefacing this new device, a Motorola spokesman stressed that the company has made the Motorola One franchise “non-generational” and that each device has been conceived from a clean slate. Regarding what’s on offer this time around, key features include:

In its unveiling of the device today, Motorola focuses by and large on the camera and video capabilities here, though a few other highlights worth mentioning are the fact that it will run Android 9 Pie out of the box. It will also include a fingerprint reader, proximity sensor, accelerometer, ambient light sensor, magnetometer, and gyroscope. Additionally, the device will be available in Denim Blue, Pearl White, and Aqua Teal.

The “Moto Actions” that allow a phone owner to make certain gestures to perform tasks are also present here. Users of the Motorola One Action will be able to do things like twist their wrist to open the camera, chop down twice to turn on the flashlight and navigate using the newly redesigned One Button Nav.

About the ultra-wide action camera we mentioned, you’ll apparently be able to use it to record video that fits four times more content than normal into the frame. Some final points worth noting: Enhanced video stabilization will keep the scenes you shoot with this phone smooth, and there are a number of AI features included like shot optimization, smart composition, and auto smile capture — the latter spurring the camera to snap a shot automatically when a subject smiles.