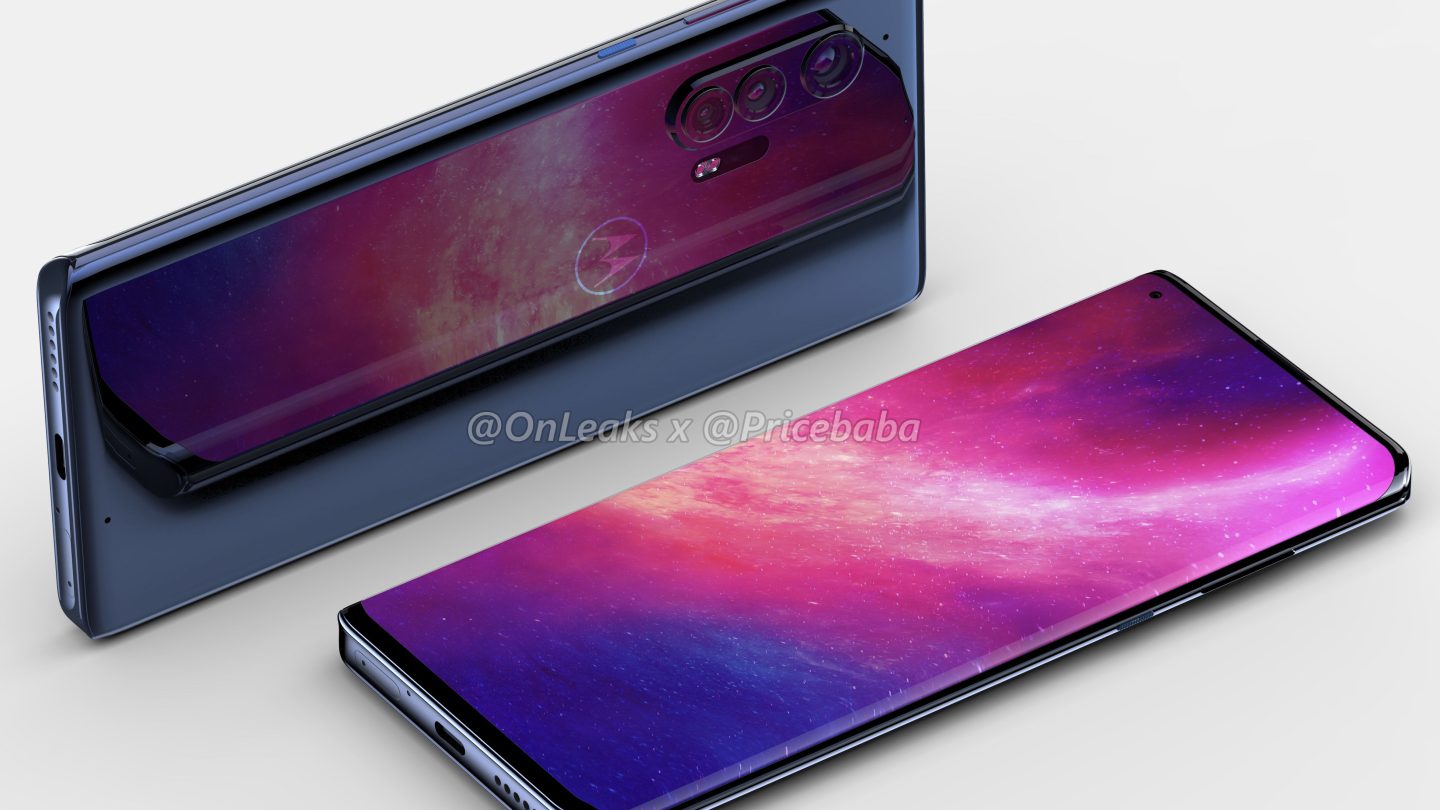 Motorola has rocketed back into the spotlight in recent months with the promotion and release of the foldable Razr, but that’s not all the Lenovo-owned company is bringing to the market in 2020. In the coming weeks, we expect to see the official reveal of the Motorola Edge+, which would be Motorola’s first true flagship smartphone since the release of the Moto Z3 in 2018. And on Thursday, we might have gotten our first look at the phone’s final design.

Pricebaba once again teamed up with prolific leaker Steve Hemmerstoffer, this time to share renders of the Edge+. While neither the Moto Z3 or Moto Z4 looked especially modern in comparison to the top Android flagships, the Edge+ looks like it will fit right in with its stunning waterfall display and almost invisible hole-punch selfie camera cutout. If the renders are accurate, this might be the smallest cutout ever to appear on the front of a phone.

Hemmerstoffer expects that the Motorola Edge+ will feature a display between 6.5 and 6.8 inches with an in-display fingerprint scanner. There will still be bezels on the top and bottom edges of the phone, but they are far smaller than those of the Moto Z3, with nothing on them but a single slit for the earpiece at the top.

Moving to the back of the phone, we find a triple-camera system with the lenses stacked vertically within an oval-shaped module. A smaller module can be seen just to the right of the cameras, featuring a dual-LED flash unit and some sensors. There are also two noise-canceling mics — one above the cameras and another near the bottom of the phone — and the LED-lit Motorola logo might also serve as a notification indicator.

Other features include a USB Type-C charging port, ejectable SIM card tray, power button, volume rocker, and even a 3.5mm headphone jack, which is truly shocking to see on a flagship smartphone in 2020.

As for specs, a leak from last month claimed that the Motorola Edge+ would feature a 6.67-inch 2340×1080 curved 90Hz display, Snapdragon 865 processor, 5170mAh battery, and up to 12GB of RAM. The Edge+ is also expected to be the first Motorola phone to come with 5G support, and Verizon will carry it in the US.