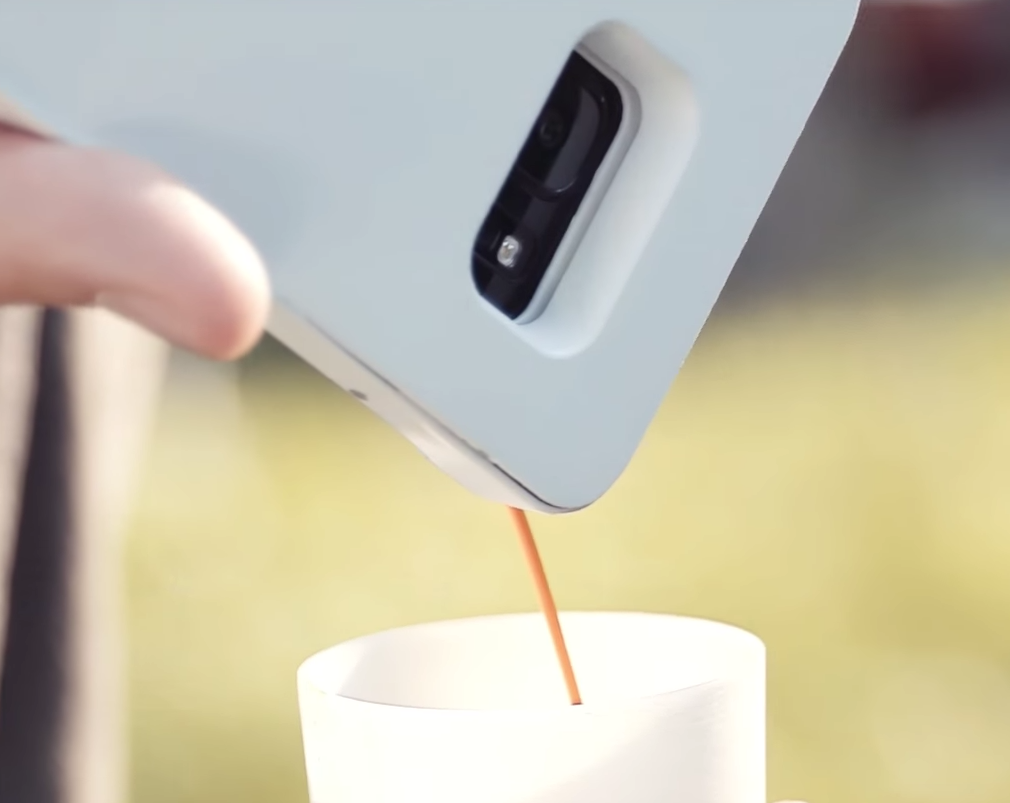 I was going to start this post with some goofy anecdote about people standing in line at Starbucks while tapping away on their smartphones like zombies but, to be perfectly honest, the ridiculous product you’re about to see doesn’t even warrant that much effort. It’s a phone case that makes coffee. Why? Because combining two popular things is apparently the peak of creativity these days. Just look at this ridiculous thing.

It’s called Mokase, and it’s literally a case for your smartphone that makes a tiny amount of coffee which you then pour out. It uses special cartridges which, unlike a Keurig pod or other single-serving coffee gadgets, contains pre-made espresso which is basically just sitting and waiting to be poured.

Using a special app (of course) you have to send a prompt to the case to begin heating the coffee, and once it’s done you just pour it out. It can heat up the coffee to between 50 and 60 degrees celsius, which is around 120 to 140 degrees fahrenheit.

Originally a Kickstarter project, the Mokase has since been suspended by its creators, but not because it’s failing — in fact, it’s the opposite. In an update post on the Kickstarter page, its creator, Clemente Biondo, says that due to the reception it’s received, the team has decided to just start production of the gadget and push it up for sale as quickly as possible.

As you can see in the promo videos, the case is absolutely massive, and the amount of actual hot coffee it can provide is quite small. The concept of a tiny portable coffee heater makes almost no sense whatsoever, and the fact that it’s built into a phone case — which, by the way, will fit iPhone 6, 6s, 7, and 7 Plus as well as many Samsung and Huawei phones and even the LG G5 — just makes it that much more insane.