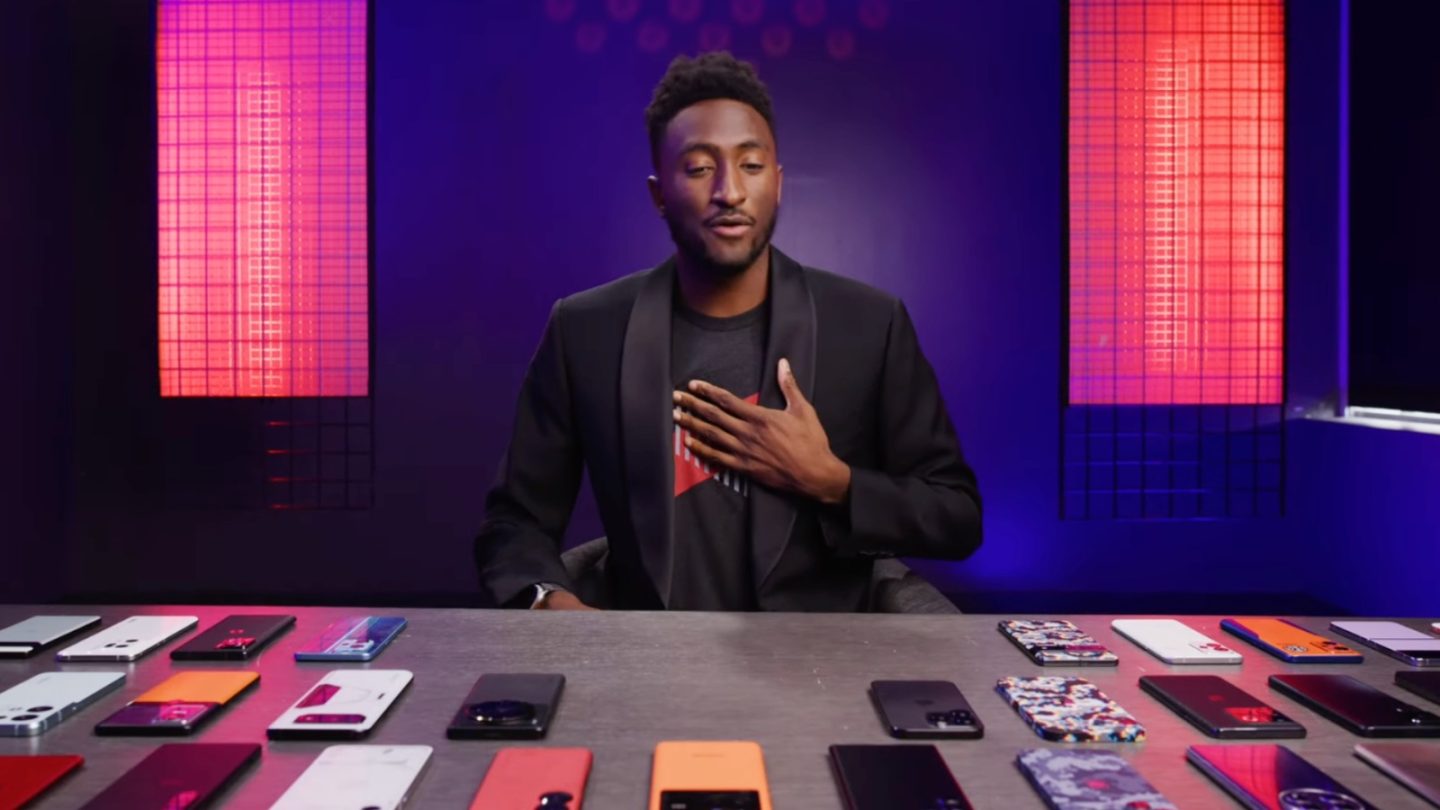 With 2022 coming to an end, YouTuber Marques Brownlee posted his annual Smartphone Awards. After testing many smartphones throughout the year, MKBHD has selected the best phones in eight different categories, which are:

There aren’t a lot of small phones, and with Apple ending the iPhone mini line – which made the company the usual winner of this category – this year’s Best Small Phone was ASUS Zenfone 9. With a 5.9-inch screen, MKBHD says this phone has a “surprisingly great camera” and a good battery life.

Talking about the Best Battery in a smartphone, it’s impossible to call this year’s iPhone 14 Pro Max the best choice. With ProMotion and a new Always-On display feature, Apple couldn’t keep up with the iPhone 13 Pro Max’s good result last year. In 2022, this award went to the ASUS ROG Phone 6, with a 6,000 battery and 65W of fast charging, going from 0% to 100% in less than an hour.

When talking about the Best Camera System, fortunately, Apple was able to secure its helm for another year. Although MKBHD’s blind smartphone camera test highlighted the Google Pixel 6A, the YouTuber believes the iPhone 14 Pro Max has a solid camera experience, a reliable Camera app, and good consistency between all lenses. In addition, he praises how better the iPhone is compared to its counterparts when recording videos.

The iPhone 14 Pro Max could have won Best Big Phone, but MKBHD thought Samsung’s Galaxy S22 Ultra was the better, as this phone takes advantage of a 6.8-inch screen with an S Pen and software optimized for the large screen.

And for Phone of the Year, MKBHD said Google Pixel 7 has everything a flagship software experience while costing much less than other premium smartphones. ASUS also did well as Zenfone 9 got an honorable mention as Phone of the Year.

You can watch his Smartphone Awards 2022 below and discover which phone won which category.